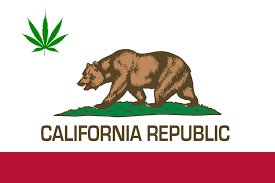 according to reports from Reuters. Despite recent legalization of recreational marijuana in the state, California still accounts for over 90% of illegal grow operations within the U.S. The extent of contamination puts wildlife and drinking water at risk, necessitating increased monitoring and enforcement to stop ongoing ecological damage.

Unreleased reports obtained by Reuters indicate the presence of pesticides, such as diazanon and carbofuran, which have been linked to a range of adverse human health outcomes. Both chemicals inhibit acetylcholinesterase (AChE), an enzyme important for the transmission of nerve impulses. When AChE is inhibited, acetylcholine accumulates leading to overstimulation of neurotransmitters, resulting in muscle weakness, confusion, and paralysis, among other symptoms. Both chemicals have also been shown to be highly toxic to birds. According to EPA reports from the 1980s, carbofuran applications contributed to the death of between one and two million birds each year. Diazinon has likewise been linked to hundreds of bird kill incidents, with reports in the 1980s involving over 23 bird species in 18 states.

Reuters reports that law enforcement officers have been hospitalized from only touching plants or equipment contaminated with illegal pesticides. A police dog almost died from jumping in contaminated water, and there have been accounts of cows poisoned by nearby grow operations. “Carbofuran is in the water, and it’s not supposed to be,” said Mourad Gabriel, PhD, an ecologist who works with law enforcement on marijuana contamination issues to Reuters.

According to Dr. Gabriel, half of the streams in eight watersheds known for illegal cannabis cultivation are contaminated with pesticide residues. “It’s like a layer cake,” Dr. Gabriel indicated. “They put chemical on chemical on chemical. We’ll find different chemicals in the water on different years.” Indeed, while some creeks tested clear during one season, return testing is finding new chemicals making their way into streams, likely as a result of their movement through the soil.

In 2015, the California Department of Pesticide Regulation, in coordination with the California State Water Resources Control Board, released guidelines associated with the management of pests and use of pesticides on cannabis. While codifying these rules is likely to reduce toxic pesticide use within legally operated cannabis grows, illegal production is requires a different set of enforcement tools. While stream monitoring would be an important method to track where these illegal operations occur, the state does not appear as though it will implement a testing program along with new rules. An official with the North Coast Regional Water Quality Control board in northern California told Reuters that regular testing of waterways would be prohibitively expensive.

In addition, despite federal government land acting as the most frequent site for illegal cannabis operations, water testing near these toxic sites has been limited. That leaves local towns and counties with the responsibility of protecting their local ecology and drinking water supplies. For its part, Trinity County, located in northern California, is considering whether to establish a water testing scheme for the Trinity River, an important source of irrigation water, and well-known site for fishing and other recreational activities.

As outlined in the report, Pesticide Use in Marijuana Production: Safety Issues and Sustainable Options, Beyond Pesticides supports measures to restrict pesticide use in cannabis to products that are certified organic and also on the U.S. Environmental Protection Agencyâ€™s (EPA) list of â€˜minimum riskâ€™ pesticides. EPA Administrator Scott Pruitt recently took steps to restrict conventional pesticide use in cannabis production. Although likely politically motivated, the move does help pave the way for broader adoption of an organic systems approach by growers. However, the vast contamination of pristine ecosystems in northern California by illegal grow operations is an existential threat in many ways separate from the developments in the legal cannabis industry. Regulators and law enforcement at all levels of government must implement measures quickly that stop these destructive operations and halt the use of banned pesticides that should never have been allowed on the market in the first place.

This entry was posted on Friday, September 15th, 2017 at 12:00 am and is filed under Uncategorized. You can follow any responses to this entry through the RSS 2.0 feed. You can skip to the end and leave a response. Pinging is currently not allowed.