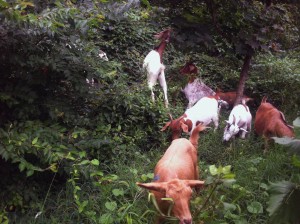 (Beyond Pesticides, August 8, 2013) Over 100 goats have been tasked with controlling poison ivy, ground cover, vines and other invasive weeds at the Congressional Cemetery this week. The Association for the Preservation of The Historic Congressional Cemetery partnered with Eco-Goats to control the invasive species that threaten large mature trees, which can fall and damage headstones. In addition to their weed-managing services, the goats provide free fertilizer, aerate the soil with their hooves, and eliminate the need for chemicals. Â The goats, penned outside of the burial area of nearly 200 members of Congress, J. Edgar Hoover and other notable Washingtonians, will graze 24 hours a day for the next several days to control weeds along the perimeter of the cemetery.

At a press event held Wednesday at the cemetery, Paul Williams, president of the Association explained that the goats are being used as an eco-friendly and cost-efficient alternative to machines or pesticide, considering the cemetery rests on the banks of the Anacostia River. (See information on pesticides and waterways.) 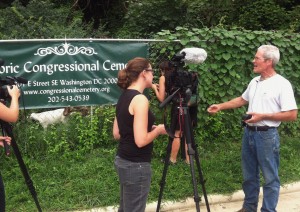 Brian Knox, president of President of Sustainable Resource Management, Inc. and the supervising forester for Eco-Goats explained at the press event (pictured left) that goats act as broad-spectrum weed killers; they will eat everything. In fact, goats are often more efficient at eradicating weeds, and are more environmentally sustainable than using harmful pesticides and chemicals. Once goats graze a weed it cannot go to seed because it has no flower and cannot photosynthesize to take in sunlight and build a root system because it has no leaves. Grasses are a last choice for goats, which means the desirable grass species are left behind with natural fertilizer to repopulate the land. Goats are notorious for eating poisonous plants, such as poison ivy and poison oak, and can handle them without getting sick. 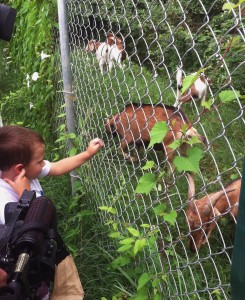 Though this is the first time goats will be used in Washington, D.C. to control weeds, goat grazing is a growing movement throughout the nation. Communities across the nation, from California to Colorado to Chicago, have discovered that grazing goats is a great option for land that suffers from unwanted plants, low organic matter and soil compaction.

Beyond Pesticides has long been an advocate for the use of goats and grazing animals as a least-toxic solution for weed management. To learn more, read â€śSuccessfully Controlling Noxious Weeds with Goats: The natural choice that manages weeds and builds soil health.â€ť Watch Beyond Pesticides’ Board Member Lani Malmberg, a professional goat herder and owner of Ewe4ic Ecological Services, speak at the 31st National Pesticide Conference along with other experts on the Organic Land Mangement and Cutting Edge Alternatives panel. For more information on natural, non-chemical land management strategies see Beyond Pesticidesâ€™ Lawns and Landscapes and Invasive Weed Management pages.

Goats at the Congressional Cemetery, which is open from dawn to dusk daily, are available to view from now until August 12.

Photos by Beyond Pesticides. 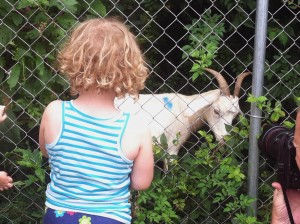 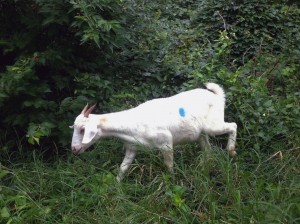 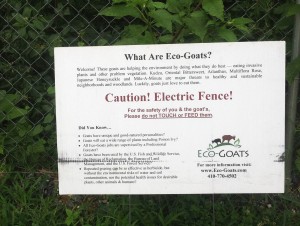 This entry was posted on Thursday, August 8th, 2013 at 12:01 am and is filed under Alternatives/Organics, Lawns/Landscapes. You can follow any responses to this entry through the RSS 2.0 feed. You can skip to the end and leave a response. Pinging is currently not allowed.