FDA Moves to Limit Some Antibiotic Uses in Livestock

(Beyond Pesticides, December 16, 2013) A new rule published by the Food and Drug (FDA) will limit the ability for food producers to give livestock antibiotics for subtherapeutic purposes. These new regulations come after decades of pressure from environmental and public health groups to limit the nontherapeutic use of these drugs in animal production. Though these regulations are an important step in the right directions, some are critical that loopholes still exist which could make these new rules less effective than they need to be.

FDAâ€™s new rules on antibiotics ask drug manufactures to change the label of antibiotic drugs so that farmers will no longer be able to use them to promote the growth of livestock. Currently subtherapeutic doses of penicillin and tetracycline are typically added directly into animal feed and water. The new rule also requires that licensed veterinarians supervise the use of antibiotics, meaning farmers and ranchers would have to obtain prescriptions to use the drugs for their animals. Currently, farmers can go to feed stores and buy antibiotics over the counter with no regulatory oversight. 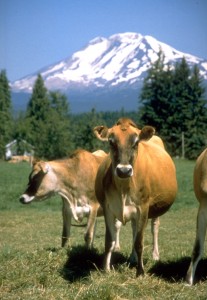 These new FDA rules are an important step forward to better regulate the use of antibiotics, however loopholes within the rules could limit their effectiveness. It is possible that producers can keep using the same low doses of antibiotics and claim they are needed to keep animals from getting sick. According to U.S. Representative Louise M. Slaughter, (D-NY), sponsor of the Preservation of Antibiotics for Medical Â Treatment Act (sponsored Â  by Sen. Diane Feinstein (D-CA) in the U.S. Â Senate in S.1256), Â the European Union tried to stop companies from using antibiotics to make farm animals bigger, and companies continued to use antibiotics for disease prevention. She said antibiotic use only declined in countries like the Netherlands when they instituted limits on total use and fines for noncompliance.

These new rules come after decades of pressure from environmental and public health groups. The U.S. General Accounting Office (GAO) published Agencies Have Made Limited Progress Addressing Antibiotic Use in Animals Â in 2011, concluding that federal agencies lacked data and understanding of antibiotic resistance. A recent report, Â Industrial Food Animal Production in America: Examining the Impact of the Pew Commissionâ€™s Priority Recommendations, followed five years after the Pew Commission on Industrial Farm Animal Production (PCIFAP) released its Â previous investigative report, Â which called for the phase out and ban of subtherapeutic uses of antibiotics in industrial food animal production. In 2011, the Natural Resources Defense Council, Center for Science in the Public Interest, Food Animal Concerns Trust, Public Citizen, and Union of Concerned Scientists filed a lawsuit over the use of subtherapeutic antibiotics in livestock. Because of this lawsuit Judge Theodore Katz ordered FDA to notify drug manufacturers of its intention to revoke approval for uses of penicillin and tetracycline to promote growth in livestock in 2012. In 2011 the FDA even appeared as though it was backing away from this issue by announcing that it was terminating a rulemaking process that began in 1977 to reduce low dose antibiotic feeding.

The concerns that environmental and public health groups have is that by not regulating the use of antibiotics FDA placed the public at risk of increased pools of antibiotic-resistant Â superbugs. These resistant superbugs threaten at least Â two million people each year and at least 23,000 people die each year Â as a direct result of these infections. Â Many more people die from other conditions that were complicated by an antibiotic-resistant infection. The use of subtherapeutic does of antibiotics in livestock is also only one example of the misuse of antibiotics. The wide use of triclosan, an antibacterial used in antimicrobial soaps and personal care products, also has shown to increase bacterial resistance.

The practice of feeding subtherapeutic doses of antibiotics began in the 1950â€™s after researchers discovered that adding these drugs to livestock feed increased weight gain of animals. This practice has increased as livestock production became more industrialized through the use of Confined Animal Feeding Operations (CAFO). CAFOs often have unsanitary conditions produced by packing excessive numbers of animals into an unnatural environment. This process increases the risk of infectious disease outbreaks that would be averted under living conditions appropriate to each species.

There are still some limited uses of antibiotics, tetracycline, and streptomycin, in organic apple and pear production to control fire blight. However, in April 2013, the National Organic Standards Board (NOSB) voted to uphold the 2014 expiration date for tetracycline and will vote on whether to extend the use of streptomycin or uphold its 2014 expiration date at the upcoming NOSB meeting in San Antonio on May 1, 2014.

Through supporting organic agriculture and fighting for even stronger organic standards, consumers have the power to make change happen on important issues. For more information on what you can do to advance organic agriculture, see Beyond Pesticidesâ€™ Â Keeping Organic Strong Â website, which provides a number of resources for people to participate in the organic review process.

This entry was posted on Monday, December 16th, 2013 at 12:01 am and is filed under Agriculture, Alternatives/Organics, Antibacterial, Litigation, National Politics, Resistance. You can follow any responses to this entry through the RSS 2.0 feed. You can skip to the end and leave a response. Pinging is currently not allowed.