(Beyond Pesticides, July 9, 2014) Beyond Pesticides is pleased to announce the winners of our first National Pollinator Photo Contest! The much anticipated three grand prize winners to be featured in the Fall issue of Pesticides and You are (pictured left to right below): Delbert Contival, in Kauai HI, with his photo “Bee loves Lotus Flower;” Darla Young, in Sheridan, AR with her photo: “Sitting pretty on a cone flower;” and Pierre Mineau, in Spring Island Canada, with his photo, “Bumble bees at St. Johnâ€™s wort flowers in my backyard.”

Winners were chosen by guest judge Deborah Jones, art director for National Geographic Society. Because there were so many excellent shots, Ms. Jones remarked that it took much longer than she anticipated to judge the contest. “During my career at National Geographic as an art director, I have been privileged to work with the best photographs in the world. I am a lifetime gardener and photographer, and I am happy to be a judge for such an important organization, and to help promote the beauty and importance of pollinators,” said Ms. Jones, “This was quite a challenge, because there were so many outstanding photographs. I thought in terms of choosing an image that illustrates a story on pollinators. I looked for composition, focus on the subject, color and technical quality.”

In addition to having their photos printed in our newsletter, these three winners will receive a Beyond Pesticides 100% Organic Tote Bag and Honey Bee Pesticide Free Zone Sign!

Because it was so difficult to narrow down the selection of choices, in addition to the three grand prize winners, Ms. Jones also has a list of Runner Ups: 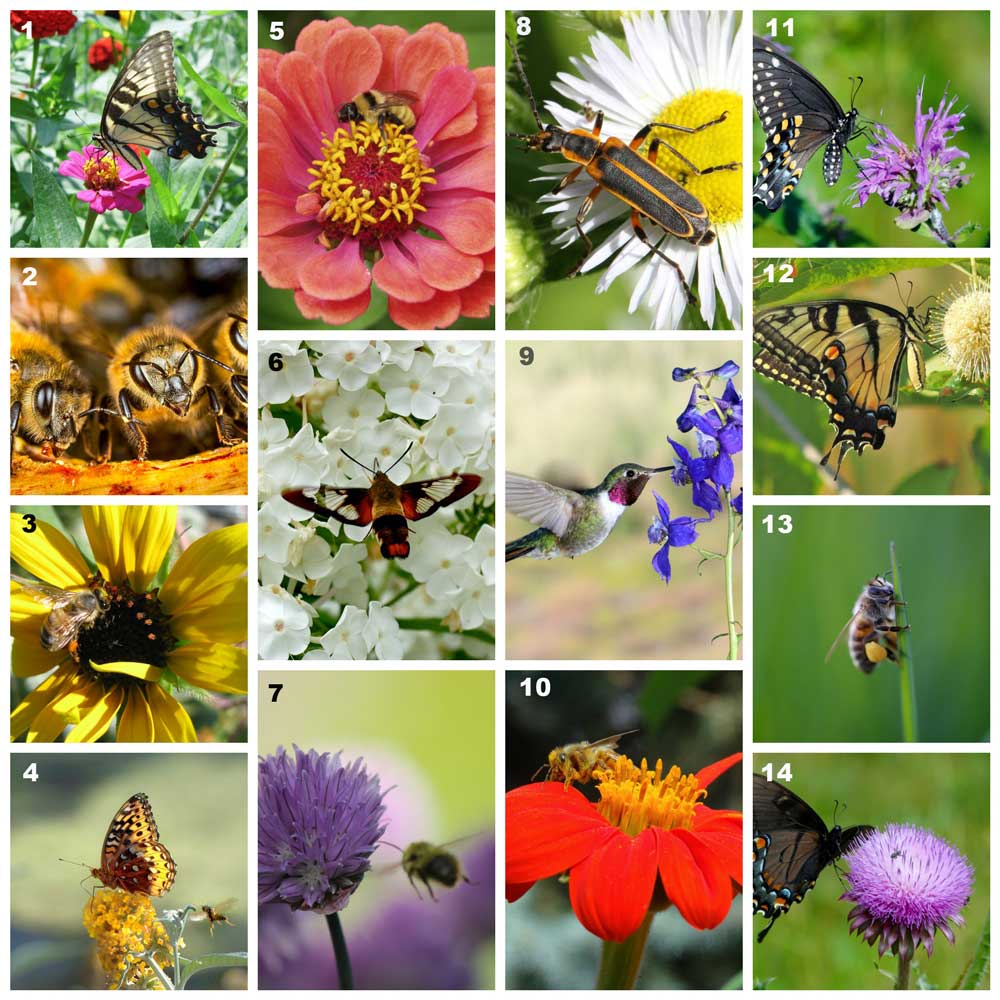 BEE Protective
With one in three bites of food reliant on bees and other insects for pollination, the decline of honey bees Â and other pollinators due to pesticides, and other man-made causes demands immediate action. As bees suffer serious declines in their populations, we urge people and communities to plant habitat that supports pollinator populations, and utilize our resources, including our newly launched pollinator-friendly organic seeds and plants directory as well as our BEE Protective Habitat Guide.

Visit Beyond Pesticidesâ€™ BEE Protective webpage to learn about more about pollinator protection and see what you can do to help.

This entry was posted on Wednesday, July 9th, 2014 at 12:01 am and is filed under Announcements, Pollinators, Take Action. You can follow any responses to this entry through the RSS 2.0 feed. You can skip to the end and leave a response. Pinging is currently not allowed.