(Beyond Pesticides, April 16, 2015) According to a new study, regulatory limits for insecticides are exceeded in over half of contaminated water samples collected from around the world. The study was based on a review of more than 800 studies conducted in 73 countries over the past five decades and is the first to evaluate the exposure of surface waters to particularly toxic agricultural insecticides on a global scale.

Based on these results, the researchers ultimately conclude that â€śfundamental revisions of current regulatory procedures and pesticide application practices are needed to reverse the global environmental impacts of agro-chemical based high-intensity agriculture.” 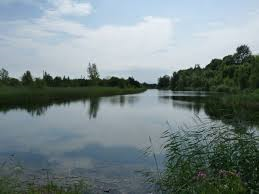 The analysis, published in the Proceedings of the National Academy of Sciences and titled “Agricultural insecticides threaten surface waters at the global scale,” was led by Sebastian Stehle, Ph.D., and Ralf Schulz, Ph.D, at the Institute for Environmental Sciences at University Koblenz-Landau in Germany. The researchers looked at 28 insecticides, the majority of which are currently approved in the United States and the European Union, represent all major insecticide classes, and are important for global agriculture in terms of annual application rates. While they found that just 2.6 percent of the 2,500 aquatic sites contained measurable levels of insecticides, 52.4 percent of the detections exceeded regulatory thresholds for either surface water or sediments, indicating that while pesticide pollution is uncommon, that when it does occur, the extent can be severe. Â Researchers warned that this high level of pesticide contamination “constitutes an excessive threat to aquatic biodiversity.â€ť

The study noted that threshold level exceedances â€śwere high even in highly regulated countries.â€ť For countries that have â€śhigh environmental regulatory qualityâ€ť such as the U.S., Canada, Germany, Japan, and Australia, these exceedances were, surprisingly, only slightly lower than in countries with low environmental regulatory quality. The researchers also found a significant lack of scientific monitoring data for approximately 90 percent of global cropland.

Recent studies conducted at U.S. aquatic sites have similar findings. A U.S. Geological Survey (USGS) report from last year finds that levels of pesticides continue to be a concern for aquatic life in many of the nationâ€™s rivers and streams in agricultural and urban areas. The study, which documents pesticide levels in U.S. waterways for two decades (1992-2011), finds pesticides and their breakdown products in U.S. streams more than 90 percent of the time. Known pesticide water contaminants, such as atrazine, metolachlor, and simazine, continue to be detected in streams more than 50 percent of the time, with fipronil being the pesticide most frequently found at levels of potential concern for aquatic organisms in urban streams. The report also found that for urban areas, 90 percent of the streams exceeded a chronic aquatic life benchmarks.

Aquatic organisms like algae and fish face numerous risks from pesticide exposures, even at low levels. In fact, USGS scientists identified pesticides as one of the contaminants in the Potomac River linked to Â intersex-fish Â (male fish producing eggs) observed there. Â Atrazine, one of the most commonly used herbicides in the world, has been shown to affect reproduction of fish at concentrations below U.S. Environmental Protection Agencyâ€™s (EPA) water-quality guidelines. Concentrations of atrazine commonly found in agricultural streams and rivers have been associated with Â a reduction in reproduction and spawning, as well as tissue abnormalities. Recently, EPA finalized Â a settlement to restore no-spray buffer zones Â around waterways to protect imperiled salmon and steelhead from five toxic pesticides. The settlement follows litigation filed by Earthjustice, representing the Pacific Coast Federation of Fishermenâ€™s Associations, the Northwest Coalition for Alternatives to Pesticides, and Defenders of Wildlife, back in 2010 that called for EPA adoption of reasonable fish protections from the insecticides.

In 2013, USGS for the first time released Â a national assessment Â depicting the distribution and trends of pesticide use from 1992-2009, with agricultural use maps of 459 pesticides. The maps show how many pounds per square miles were used for each year, and include details about which crops they were used on. Previous USGS reports maintain that the presence of pesticides in U.S. waterways remains a concern for aquatic life. Additionally, the agency also reports that more than20 percent of private domestic wells sampled Â nationwide contain at least one contaminant at levels of potential health concern, as well as in Â streams used as a source for public water systems.

Visit our Â Threatened Waters Â page and learn how organic land management practices contribute to healthy waters in the article, â€śOrganic Land Management and the Protection of Water Quality.â€ť

This entry was posted on Thursday, April 16th, 2015 at 12:01 am and is filed under Alternatives/Organics, Atrazine, Chemicals, Fipronil, Metolachlor, Pesticide Drift, Pesticide Regulation, simazine, Water, Water Regulation. You can follow any responses to this entry through the RSS 2.0 feed. You can skip to the end and leave a response. Pinging is currently not allowed.