(Beyond Pesticides, July 17, 2015) The U.S. House of Representatives may pass a bill against the labeling of genetically-engineered (GE) food before the end of July. The House could vote as early as next week on a bill to preempt states from requiring labels on food made with GE ingredients. Backers say that the passage of the bill, HR 1599, named the Safe and Accurate Food Labeling Act of 2015, but referred to by critics as the DARK (Deny Americans the Right to Know) Act, seems assured, after speedy committee approval of the legislation. The Agriculture Committee, a quarter of whose members are cosponsors of the bill, approved an updated version on a voice vote during a session that ran less than 20 minutes. Only two members spoke against it. 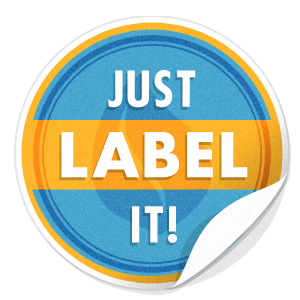 The legislation, reintroduced in March by Reps. Mike Pompeo (R-KS) and G.K. Butterfield (D-NC), will maintain secrecy Â about GE ingredients in food, and would block both the Food and Drug Administration (FDA) and individual states from requiring GE food labels, but allow voluntary labeling standards. The bill also has a provision that seeks to create a federal certification process for voluntary non-GE labels, now rendered moot by the U.S. Department of Agricultureâ€™s (USDA) announcement of a new government certification and labeling for GE-free foods. The revamped version of HR 1599, besides barring both current and future state labeling laws, keeps labeling voluntary on the federal level and puts USDA in charge of certifying non-GE products under a fee-for-service system. It will Â also allow â€śnaturalâ€ť foods to contain GE ingredients and preempt state efforts to end misleading â€śnaturalâ€ť claims.

Vermont, which was the first state in the nation to pass a GE labeling law, survived a federal court challenge the food industry. Unless HR 1599 passes, the state law is slated to take effect July 1, 2016. In recent years, similar labeling measures have failed in other states. Voters in Â California and Washington State narrowly rejected ballot initiatives in 2012 and 2013, respectively, though not without the likes of Monsanto, Bayer, and Dow AgroSciences expending significant Â resources to defeat the measures. Â Coloradoâ€™s Â attempt to pass a GE-labeling law, known as Proposition 105, also met with defeat. With 66 percent voting against the proposed law and 34 percent in favor, the numbers showed a stronger rejection of the right-to-know initiative than any previous state attempt to adopt such laws. Efforts in Maui succeeded in November of last year, but Monsanto and Dow Â quickly sued Â the county, despite votersâ€™ wishes. In all, according to the Center for Food Safety, companies funding anti-labeling campaigns have spent over $100 million in just four states â€”California, Washington, Oregon and Colorado.

For successful states, Oregon would have been the fourth U.S. state to require GE labeling, but the ballot initiative narrowly lost last December in a recount. But there is some progress in the state. In May of last year, Jackson and Josephine County, Oregon Â voted overwhelmingly Â to ban the cultivation, production, and distribution of GE crops within their borders. Â Connecticut Â and Â Maine Â each passed GE labeling laws, but both bills include a trigger clause requiring several other states to also pass labeling bills before the new laws can be implemented. In 2014, 36 bills were introduced in 20 states and experts are projecting the number to be as high or higher in 2015. Additionally, polls and surveys Â show overwhelming public support for labeling of genetically engineered foods, yet the same food and chemical companies continue to ignore consumers fight for the right to know every chance they get.

While the route is open to victory in the House, its status in the Senate is less certain. No senator has filed a companion to the House bill, one of the usual signs of broad support for a cause, despite months of recruiting work by food and farm groups. Nonetheless, those groups believe a majority of senators would support the legislation if it was put to a vote. Additionally, according to Agri-Pulse, North Dakota Sen. John Hoeven, a Republican, was working on a Senate version of the preemption bill.

The Organic Trade Association, representing 8,500 organic businesses nationwide, said it opposed HR 1599. “Absent a federal mandate, OTA strongly believes that states should retain the right to require GMO labels on genetically modified products,” said OTA chief executive Laura Batcha. OTA said it had “many concerns” about inconsistencies between organic standards and the legislation. “The non-GMO certifications change nothing in the marketplace,” said Scott Faber of the Just Label It Â campaign. He said mandatory labeling would prevent confusion about ingredients in food.

Rep. Peterson, the senior Democrat on the committee, said the organic food industry “will have immediate access” to the non-GE certification program; any certified organic product will automatically qualify for non-GE certification without any fees or additional paperwork. Rep. Conaway (R-TX) also lauded the value of a nationwide framework for declaring non-GE Â products and said the organic industry was among the sectors consulted about the bill.

Consumers have a right to know whether the foods they buy contain GE ingredients, not only because of concerns over the safety of eating GE food, but also because of the Â direct and indirect effects of GE agriculture on the environment, wildlife, and human health. GE agriculture is associated with the drastic increases in the use of herbicides that GE crops are developed to tolerate, and the subsequent environmental damage they cause, Â including the Â loss of habitat Â for many beneficial wildlife.

Beyond Pesticides urges that Â you take immediate action and tell Congress you oppose the DARK Act and support federally mandated GE labeling, as well as the rights of states to protect its residents! Send a letter to your Congress members now!

This entry was posted on Friday, July 17th, 2015 at 12:05 am and is filed under Announcements, Genetic Engineering, Labeling, Litigation, National Politics, Take Action, Wildlife/Endangered Sp.. You can follow any responses to this entry through the RSS 2.0 feed. You can skip to the end and leave a response. Pinging is currently not allowed.

One Response to “U.S. House May Prohibit States from Requiring Labeling of GE Ingredients”