(Beyond Pesticides, September 8, 2015) The New York State Department of Environmental Conservation (DEC) has issued tickets to six companies in Rockland and Westchester counties for violating state laws on pesticide applications, most on residential lawns. Eight other companies were issued warnings. The violations, which occurred between 2013 and spring 2015, ranged from unlicensed businesses to uncertified workers and unlabeled toxic pesticides. These fines and warnings came about after complaints and anonymous tips, and highlight the many instances where pesticide law enforcement and compliance falls short. 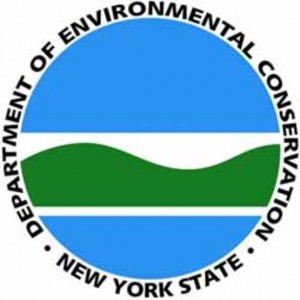 In September of last year, a complaint was called into the DEC, reporting that a Jonathan Landscaping (of Rockville, NY) truck was spraying pesticides with no labels, and was missing triangle decals that indicate a valid state pesticide permit. The DEC inspector went out and found the truck, issuing four tickets for operating an unregistered pesticide business and unlabeled poisons. Rafael Hernandez, the owner of Jonathan Landscaping, pleaded guilty to violating environmental laws in March and was fined $350, according to The Journal News. ┬áIn April, SavALawn, another landscaping company, was found to be missing triangle decals and had unlabeled pesticide poisons, and was also issued a ticket, of value unknown. Another investigator from DEC took action against OCS Chemical Engineering (of Cortlandt) after receiving an anonymous tip. OCS, which treats water systems (like cooling towers) with pesticides, was found to have been operating without a pesticide application permit for over five years. The company was fined $4,000 for its violations.

There is serious ┬áquestion as to whether the (i) level of enforcement for pesticide use and label violations is adequate, (ii) fines must be significantly ┬áhigher given the nature of the harm, (iii) applicators conducting the treatments should be certified, and (iv) longstanding limitations ┬ádeter noncompliance. Recent cases emphasize the horrific outcomes of pesticide use violations. ┬áIn April 2015, four members of a Delaware family were hospitalized after being exposed to ┬ámethyl bromide, a highly neurotoxic pesticide, while on vacation at their luxury condo in the U.S. Virgin Islands. Methyl bromide is a restricted use pesticide and is ┬ánot registered for residential use, according to the U.S. Environmental Protection AgencyÔÇÖs (EPA) 2013 Methyl Bromide Preliminary Workplan (pg. 6). The media is reporting that a 10-year old boy suffered traumatic brain injury ┬áin mid-August after his family’s home was treated with sulfuryl flouride, presumably for termites.

In 2014, the Oregon Department of Agriculture (ODA) issued two civil penalties totaling $16,000 in connection with a pesticide application of imidacloprid on linden trees, a chemical in the neonicotinoid class of insecticides ┬áconnected to widespread bee decline, this summer that resulted in the death of nearly 1,000 bees. When the incident in Eugene occurred, the trees were in full bloom and attracting pollinators. ┬áIn this case, ODA determined that the company and its applicator knew or should have known of this standard of care, yet disregarded it. The reasonable standard of care for pesticide application activities in Oregon includes anticipating the presence of pollinators in Oregon. In 2013, ┬áODA adopted a label requirement on pesticide products containing imidacloprid, stating that the application of these products on linden trees was prohibited.

Unfortunately, the details above paint a picture of the many issues that go unaddressed under pesticide law and regulations. Company employees ┬áapplying toxic pesticides may treat homes, offices, and schools without certification if they are “under the supervision” of certified applicators who are not required to be on site, but may only ┬ábe in phone contact. While the Environmental Protection Agency (EPA) and pesticide manufacturers claim that pesticide labeling keeps consumers safe, there are many instances, demonstrated above, where labels are discarded and taken off, with no way of knowing the correct and legal way of applying the pesticide, or disregarded completely and not followed by the applicator. In addition, pesticide applicators who are unlicensed are not subject to any system of checks and balances. The state departments donÔÇÖt have records of them being current applicators, and therefore cannot check in with due diligence. While enforcement action is a critical piece in protecting public health and the environment, advocates point to the use of warnings, repeated violations, and low fines.

Advocates say pesticide offenses like these need to be met with fines that cannot just be considered a cost of doing business ÔÇöthey must be large enough to cause the businesses to change their practices. In New York, business registrations are valid for three years, and commercial pesticide applicator certifications must be renewed yearly or every three years, depending on the type of certification. If state residents are concerned that an applicator is applying illegally, they can check the DECÔÇÖs website to make sure the company has a proper application permit, or ask to see their licenses on site.

Pesticides are widely used in homes and communities without complete public knowledge about the harm that they cause to children, pets and the environment. The best way to reduce pesticide exposure is to implement organic approaches to lawn care. There are alternatives to pesticides for managing insects, rodents and weeds effectively without exposing your family to harmful toxic chemicals. Visit our Safer Choice page for more information. For safer lawn care and weed management, read Beyond PesticidesÔÇÖ ÔÇ£Read Your ÔÇØ╦£WeedsÔÇÖ ÔÇö A Simple Guide to Creating a Healthy LawnÔÇØ and ÔÇ£Least-toxic Control of Weeds.ÔÇØ

This entry was posted on Monday, September 7th, 2015 at 12:01 am and is filed under Agriculture, Alternatives/Organics, Announcements, Chemicals, Lawns/Landscapes, National Politics, New York, State/Local. You can follow any responses to this entry through the RSS 2.0 feed. You can skip to the end and leave a response. Pinging is currently not allowed.