(Beyond Pesticides, December 22, 2016) Legislation passed Monday in the District of Columbia stops the use of toxic pesticides near schools, child-occupied facilities, waterbody-contingent property, and public property. The Pesticide Education and Control Amendment Act (PECCA) of 2016 (Bill B21-0580), passed unanimously by the District Council, strengthens previous law to protect children and residents living in Washington DC from unnecessary pesticide exposure. The law places the District at the forefront with other communities around the country that are phasing out the use of toxic pesticides in building and land management.

The legislation, sponsored by Councilmember Mary Cheh, clarifies certain provisions of the original PECCA passed in 2012, which had not been implemented by the Department of Energy and Environment (DOEE) in accordance with the original spirit and intent of the law. The new law clarifies the department responsibility to prohibit all pesticide use near schools and waterbody-contingent properties, except a defined list of material allowed in organic land management. The law is intended to effect a transition to sustainable and cost-effective insect and weed management practices in the District. 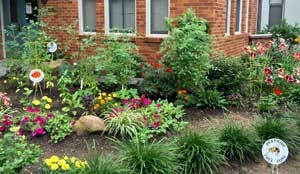 Jay Feldman, Executive Director of Beyond Pesticides, said: â€śThis law protects vulnerable populations, like children, from the dangers of unnecessary toxic pesticide use near schools and daycare centers, and prevents contamination of the environment and waterways on public and private land. We are pleased with the Districtâ€™s decision to only permit products allowed for use in organic land management in these areas.â€ť

Alan Cohen, President of BioLogical Pest Management Inc. said of the Councilâ€™s vote, â€śThis is a huge step in the right direction for the District of Columbia. This law will help shift the industry in a way that still meets solves pest problems for consumers, but is far safer for humans, pets and the environment.”

Since the original law was adopted by the District in 2012, surrounding jurisdictions, including Takoma Park and Montgomery County, Maryland have banned toxic cosmetic pesticide use on public and private land within their jurisdictions. Pesticides move off the target site through drift and runoff, exposing non-target sites and people. Beyond Pesticides has mapped 115 communities in 21 U.S. states that have taken local action to protect their communities from the adverse effects of pesticides in the face of daily toxic chemical use â€“with a range tactics, from eliminating highly toxic chemicals to the adoption of organic practices. See more information on Map of U.S. Pesticide Reform Policies.

This entry was posted on Thursday, December 22nd, 2016 at 12:00 am and is filed under Alternatives/Organics, Announcements, Children/Schools, contamination, Environmental Protection Agency (EPA), Lawns/Landscapes, National Politics, Pesticide Drift, Pesticide Regulation, Pesticide Residues, State/Local, Washington D.C.. You can follow any responses to this entry through the RSS 2.0 feed. You can skip to the end and leave a response. Pinging is currently not allowed.