(Beyond Pesticides, January 27, 2016) Last week, farmers, environmentalists, and conservation groups filed a federal lawsuit that challenges the U.S. Environmental Protection Agency’s (EPA) approval of a new formulation of the toxic herbicide dicamba. The new formulation is called Xtendimax with Vapor Grip Technology, which is claimed to have lower volatility. The petitioners claim that EPA violated its duties under the Federal Insecticide, Fungicide and Rodenticide Act (FIFRA) in issuing a conditional registration, and that it did not adhere to duties under the Endangered Species Act that require EPA to consult with the U.S. Fish and Wildlife Service to ensure registration would not harm any listed species. The organizations involved in the lawsuit are National Family Farm Coalition, Pesticide Action Network North America, Center for Food Safety, and Center for Biological Diversity, represented by legal counsel from Earthjustice and Center for Food Safety. 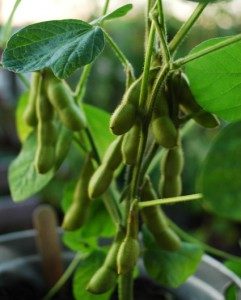 Dicamba has caused a lot of controversy in the past. In August 2016, farmers in Missouri, Arkansas, and Tennessee confronted widespread crop damage and braced for lower yields as a result of agrichemical giant Monsantoâ€™s botched roll-out of GE soybean and cotton crops. The company, whose current line of glyphosate-tolerant crops are failing to control weeds throughout the U.S. and across the globe, developed a new line of soybean and cotton with traits that make it tolerate applications of dicamba. After numerous complaints, EPA launched a criminal investigation at several locations in Missouri into the illegal spraying of dicamba in October 2016. Many suspect that farmers who planted the new dicamba-tolerant genetically engineered (GE) seeds in the region, when faced with a proliferation of pigweed, illegally sprayed dicamba across their fields, leading to drift and off-site crop damage to other farmers. Monsanto is currently embroiled in a legal battle with a farmer who projected that he would lose $1.5 million in revenue from crop damage due to the formulation’s release.

Pesticide drift is an inevitable problem of pesticide application, and dicamba drift and subsequent crop injury to broadleaf crops has been a frequent problem. Abnormal leaf growth, floral development, reduced yield, and reduced quality have all been observed from dicamba drift. AÂ study published by Pennsylvania State scientistsÂ in late 2015 found dicamba drift was â€śfrequently responsible for sublethal, off-target damageâ€ť to plants and insects. Researchers find that even very low rates of dicamba herbicide exposure negatively affected plant flowering, and thus insect pollination. Dicamba has also been linked to damage of the kidney and liver, neurotoxicity, and developmental impacts. Historically, to mitigate against potential risks from pesticide drift, EPA has required buffer zones and application restrictions. However, these have not been sufficient to alleviate off-site crop damage and environmental contamination. Additionally, as demonstrated with these incidents, there are challenges with pesticide product label compliance.

Despite data showing resistance to at least 29 weed species worldwide, Monsanto and other agrichemical companies have insisted on doubling down on their failed technology, opting to create new GE cropping systems that incorporate older, more toxic herbicides. Dicamba has been linked to damage of the kidney and liver, neurotoxicity, and developmental impacts. Another GE cropping system, developed by Dow AgroSciences, relies on the herbicide 2,4-D, a chemical linked to non-Hodgkins lymphoma (NHL), which is also neurotoxic, genotoxic, and an endocrine disruptor. Both of the herbicides associated with these GE crops remain formulated with glyphosate, which the International Agency for Research on Cancer (IARC) identified as carcinogenic to humans, based upon laboratory animal studies. Another issue of concern is synergy, the potential for pesticide mixtures to increase the potency of the formulated product.

Weed resistance is an entirely predictable occurrence in fields where herbicides are sprayed throughoutÂ the growing season. Even the use of older, more toxic herbicides will only slow the predictable resistance. Research out of the University of Arkansas was able to create dicamba-resistant palmer amaranth in a greenhouse after only three generations.

Beyond Pesticides has long advocated a regulatory approach that prohibits hazardous chemical use and requires alternative assessments to identify less toxic practices and products under theÂ unreasonableÂ adverse effects clause of the Federal Insecticide, Fungicide and Rodenticide Act (FIFRA). Farm, beekeeper, and environmental groups, including Beyond Pesticides, have urged EPA to follow in the steps of countries like Canada and the European Union by following the precautionary principle, which generally approves products after they have been assessed for harm, not before. Beyond PesticidesÂ suggests an approach that rejects uses and exposures deemed acceptable under risk assessment calculations, and instead focuses on safer alternatives that are proven effective, such as organic agriculture, which prohibits the use of toxic chemicals. By strengthening on-farm resources, such as soil fertility, pasture and biodiversity, organic farmers can minimize and even avoid the production challenges that most genetically engineered organisms have been falsely-marketed as solving.

This entry was posted on Friday, January 27th, 2017 at 12:00 am and is filed under Agriculture, Alternatives/Organics, Chemicals, Contamination, contamination, Corporations, Dicamba, Environmental Protection Agency (EPA), Genetic Engineering, Label Claims, Missouri, Monsanto, Pesticide Drift, Pesticide Regulation, Pesticide Residues, Resistance, State/Local. You can follow any responses to this entry through the RSS 2.0 feed. You can skip to the end and leave a response. Pinging is currently not allowed.