Urgent: Help Protect the Integrity and Meaning of the USDA Organic Label 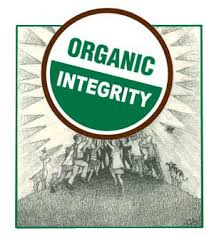 (Beyond Pesticides, October 29, 2018)Â Protect the integrity of the organic standard setting process that determines whether a synthetic substance will be allowed in food labeled organic. Help stop an attack on the meaning of the organic label in the Farm Bill, which may be voted out of conference committee by the end of November. By changing the substance review process, a provision will open the floodgates to allowed synthetic chemicals in organic production, handling, and processing under the Organic Foods Production Act (OFPA). OFPA incorporates values and principles that build and regenerate soil, protect pollinators and biodiversity, eliminate toxic pesticide use, and contains a default provision that strictly limits synthetic chemicals in certified organic products. This will all change with the Farm bill amendment.

Ask your U.S. Representative and Senators to tell Farm Bill conferees to reject Section 10104(e) National Organic Standards Board in the Senate Farm Bill (S.3042), a provision that will increase the use of synthetic substances in organic food production.

OFPA incorporates language that ensures that the process for allowing synthetic chemicals in organic production, handling, and processing is very rigorous. This meets a public expectation that food labeled organic is subject to a higher degree of scrutiny than food produced by chemical-intensive agriculture. This distinguishes food labeled under OFPA from food produced with pesticides registered under the pesticide law, the Federal Insecticide, Fungicide, and Rodenticide Act (FIFRA).

If synthetic materials are allowed in organic production, they, by law, are subject to a no adverse effects standard, a cradle-to-grave analysis, a determination of essentiality (necessity) of the material, and a sunset clause that subjects allowed synthetics to a rigorous reevaluation every five years. This time-limited sunset contains a default assumption that continued allowance of the synthetic substance will not be permitted unless the National Organic Standards Board (NOSB) votes decisively to recommend its continued allowance to the Secretary of Agriculture.

OFPA implements a belief that organic growers will continue to adopt methods not dependent on outside inputs â€“that there would be continuous improvement. At the same time, the NOSBâ€™s deliberations on the allowance of a synthetic substance is informed by new science as it emerges and is reviewed in Technical Review documents prepared for the NOSB. By design, this process contrasts dramatically with the allowance of pesticides under FIFRA, where once a decision is made to allow a chemical, it is extremely difficult or virtually impossible to reverse that decision without serious political or public pressure â€“typically as a result of a crisis or litigation. The continued allowance of a synthetic chemical under organic law is subject to the same rigorous review that was conducted when the substance was first permitted on the National List, which requires that two-thirds of the board must vote to list. As intended by Congress, this review process repeats at the end of a five-year cycle, when the board again must vote by two-thirds to relist the synthetic chemical, under current statutory language.

A Change in NOSB Process will Weaken Oversight of Synthetic Chemicals in Organic Production. This Senate Farm Bill provision brings uncertainty to the five-year sunset process and undermines a basic tenet of the law. Without this sunset provision, synthetic materials may remain on the National List and attempts to introduce alternative materials and find new creative management practices will be disincentivized.

The Senate provision [Section 10104(e) National Organic Standards Board] may seem like it does not do anything (changes in law always do something, whether intended or not): â€śAny vote on a motion proposing to amend the national list shall be considered to be a decisive vote that requires 2/3 of the votes cast at a meeting of the Board at which a quorum is present to prevail.â€ť A likely interpretation of this provision is that any change to the National List is an amendment to the list (or amends the national list) requiring a 2/3 vote to make a change â€“ whether taking the synthetic off or putting it on the National List. However, OFPA as written has been historically implemented with the default assumption that synthetic materials come off the list after five years unless the board votes decisively (2/3) to keep it on the list.

This NOSB process has worked for two decades to help grow the organic sector to a $53 billion industry with public trust in a rigorous review process. With the erosion of this basic tenet of the law under the Senate Bill provision, consumer trust in the USDA organic label is seriously threatened by an inability to remove synthetic materials shown to be hazardous or unnecessary.

Ask your U.S. Representative and Senators to tell Farm Bill conferees to reject Section 10104(e) National Organic Standards Board in the Senate Farm Bill (S.3042), a provision that will increase the use of synthetic substances in organic food production.

This entry was posted on Monday, October 29th, 2018 at 12:00 am and is filed under Alternatives/Organics, Take Action, Uncategorized. You can follow any responses to this entry through the RSS 2.0 feed. You can skip to the end and leave a response. Pinging is currently not allowed.

One Response to “Urgent: Help Protect the Integrity and Meaning of the USDA Organic Label”