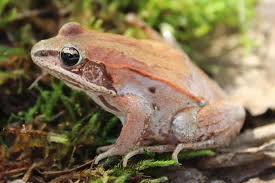 (Beyond Pesticides, November 15, 2018) Neonicotinoids are widely known for their link to declining pollinator populations, but new research finds that the ill effects of these chemicals also extends to amphibian populations. In a study published late last month, scientists from the National Wildlife Research Center in Ottawa, Canada found that chronic exposure to real-world levels of the neonicotinoid imidacloprid limits the ability of juvenile wood frogs to escape a predator attack. This research adds additional evidence that neonicotinoids are harming aquatic food chains, and reinforces calls for U.S. regulators to follow the science and adequately restrict these toxic pesticides.

Researchers investigated the impact of neonicotinoids on the post-tadpole life stage of wood frogs, which has been identified as critical to sustaining viable populations of the species. Rather than determine acute impacts that assess how lethal a pesticide is, scientists opted to observe how wood frog behavior changes as a result of chronic, real-world exposure scenarios. In particular, scientists sought to figure out whether exposure resulted in an altered behavioral response to the presence of a predator.

As tadpoles, wood frogs were chronically exposed to real world levels of imidacloprid (1, 10, and 100 micrograms/liter), while others were left unexposed as a control. Three weeks after metamorphosis, these frogs were placed into 10 gallon tanks for observation. The tank was split into three sections, including a small pool, a gravel area, and an area with moss intended to act as shelter. A fabricated heron head and neck was used to mimic a predator attack, and researchers were able to observe the response from a viewer outside of the tank, without disturbing the frogs. Researchers observed whether the frog responded to the presence of the predator, how it responded, how quickly it moved, and whether it used shelter or refuge.

Wood frogs exposed to imidacloprid at 10 and 100 micrograms/liter are significantly less likely to actively respond to the attack by moving in any way (such as jumping or crouching) compared to unexposed control frogs. Frogs contaminated with imidacloprid are also more likely to remain in the area of the attack. While both control and exposed frogs use refuge in a similar way, researchers concluded that these results indicate neonicotinoids may make young wood frogs more vulnerable to predators. By impacting the ability for the frogs to assess and respond to the presence of a predator, neonicotinoids may be having subtle, but important, effects on frog survival.

Significantly, the impact of pesticides on animal behavior is not adequately studied, and often not considered by regulatory authorities. However, similar behavioral impacts are likely playing into neonicotinoid-associated declines with pollinator populations as well. In bees, these chemicals have been shown to interfere with foraging, memory, and learning.

Neonicotinoids are particularly problematic for aquatic ecosystems, due to their ability to quickly dissolve in water. And evidence from the U.S. Geological Survey finds that these chemicals are widespread throughout the Great Lakes, boding poorly for the rest of Americaâ€™s waterways. Canadian pesticide regulatory authorities have proposed a phase-out of neonicotinoids, due to risks both to pollinator populations and aquatic species. While regulators there based their reasoning primarily on acute toxicity to aquatic invertebrates, it is evident that more attention should be paid to amphibians and other aquatic vertebrates that may feed on contaminated insects or swim in neonic-contaminted water.

For more information the effect of neonicotinoids on aquatic environments, see Beyond Pesticides report Poisoned Waterways. You can also take action and encourage Congress to support measures to suspend neonicotinoids by sending a letter in support of the Saving Americaâ€™s Pollinators Act.

All unattributedÂ positions and opinions in this piece are those of Beyond Pesticides.

This entry was posted on Thursday, November 15th, 2018 at 12:00 am and is filed under Bayer, neonicotinoids, Uncategorized, Wildlife/Endangered Sp.. You can follow any responses to this entry through the RSS 2.0 feed. You can skip to the end and leave a response. Pinging is currently not allowed.