Glyphosate Residue Found in 95% of Tested Beers and Wines 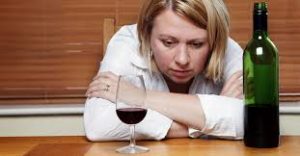 (Beyond Pesticides, February 27, 2019) U.S. PIRG tested 20 common beers and wines and found glyphosate residues in all but one. Glyphosate, the active ingredient in Roundup, is the most commonly used agrichemical in the world. Though it is linked to many health and environmental issues, there is no current EPA limit for glyphosate residues in beer or wine. The U.S. Department of Agriculture (USDA) does not regularly test for glyphosate on either food or beverages.

The beer samples had just slightly lower average levels of residues, the highest being Tsingtao beer with 49 ppb. Miller Lite, Corona, and Budweiser ranged from 25-30 ppb. Samuel Smithâ€™s Organic Lager had a 5.7 ppb glyphosate concentration, and Peak Beer Organic IPA was the only sample with no detectable level of glyphosate.

By U.S. Geological Survey (USGS) estimates, nearly 300 million pounds of glyphosate are annually applied to U.S. crops. Vineyards spray glyphosate between rows of grapes to kill weeds. Farmers growing grains for beer often use â€śRoundup Readyâ€ť crops that have been genetically modified to be resistant to the herbicide, or they might use it to â€śkill downâ€ť crops at the end of the season so they can be harvested earlier.

While it is surprising that even the organic products had residues of this distinctly non-organic product, they could have been contaminated by the pesticide drifting up to several hundred feet from other farms or from glyphosate leftover in the soil if the farm was formerly conventional.

Glyphosate is associated with a wide range of illnesses, including genetic damage, liver and kidney damage, and endocrine disruption. A recent meta-analysis found the overall meta-relative risk of non-Hodgkinâ€™s lymphoma was increased by 41% in individuals exposed to glyphosate-based herbicides. The herbicide is also an antibiotic and disrupts human microbiota. The U.S. PIRG report notes that even 0.1 ppb of glyphosate can harm beneficial gut bacteria, while pathogenic gut bacteria show resistance. Concerningly, bacteria exposed to widely used herbicides like roundup develop antibiotic resistance 100,000 times faster than average. Â Additionally, 0.1 ppb of glyphosate has been shown to stimulate certain types of breast cancer cells.

Not only damaging to human health, glyphosate also has a striking negative impact on the environment. It harms bee gut microbiota, destroys pollinator habitat, and contaminates waterways.

The levels of residues found in the wine and beer samples are not comparatively high to other foods. EPA allows levels of glyphosate residues in food at levels ranging from 200 to 400,000 ppb. For reference, recent testing conducted by Friends of the Earth found average residues in oat cereals to be 360 ppb.

Given the multiple avenues that one is exposed to glyphosate on any given day (cereal, wine, vegetables, rain, air, etc.), it should come as no surprise that glyphosate is found nearly ubiquitously in human bodies â€“ a recent U.S. study found traces of glyphosate in 93% of tested urine samples.

U.S. PIRG recommends several changes at the end of its report, including that the EPA ban use of glyphosate in alignment with a precautionary principle. However, a ban of a particular pesticide can result in an equally offensive, but slightly chemically different, replacement. Investigative reporter Carey Gillam calls glyphosate â€śthe poster child for the bigger pesticide problem.â€ť There is an urgent and ongoing need to transition from chemically-dependent, toxic practices to regenerative, organic agricultural systems. See Beyond Pesticides’ organic agriculture program page.

This entry was posted on Wednesday, February 27th, 2019 at 12:00 am and is filed under Agriculture, Glyphosate, Uncategorized, US Department of Agriculture (USDA). You can follow any responses to this entry through the RSS 2.0 feed. You can skip to the end and leave a response. Pinging is currently not allowed.