Neonicotinoid Insecticide Residues in Food and Water on the Rise, According to USDA Data 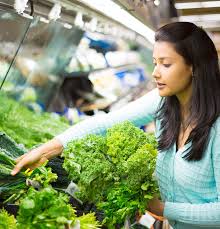 (Beyond Pesticides, May 2, 2019) Researchers have documented an increase in food and drinking water residues of neonicotinoids, insecticides linked to breast cancer. Using the Pesticide Data Program (PDP), 1999-2015, of the U.S. Department of Agriculture, the researchers identified near-peak detection frequencies in 2015, after a decline from 2008-2013. Imidacloprid remains the most common neonicotinoid detected across imported commodities, while the neonicotinoids clothianidin, thiamethoxam, acetamiprid, and flonicamid are replacing imidacloprid in domestic production. Authors note that these newer neonicotinoids are potentially more toxic than imidacloprid, raising concerns for understudied human health and environmental impacts.

The study, Trends in neonicotinoid pesticide residues in food and water in the United States, 1999â€“2015, published in the journal Environmental Health, finds the highest detection frequencies for neonicotinoids in drinking water, with 30% of treated drinking water turning out positive for imidacloprid in 2011. Certain fruits and vegetables are also frequently contaminated by neonicotinoids, with detection frequencies ranging from 20% to as high as 57% in the case of imidacloprid on cauliflower.

While the study points to specific fruits and vegetables as posing higher risk, the main message reaches beyond individual commodity or individual neonicotinoid results. Authors uncover a systematic increase in detection of neonicotinoid residues across the board from 2014-2015, including domestic increases in newer neonicotinoids with potentially higher toxicity than imidacloprid. Critically, neonicotinoid residues are frequently detected in combination, with potential for synergistic interaction. Among baby food samples, for example, authors find 13% of apple sauce samples analyzed contain two or more neonicotinoids. Some of the findings includeÂ cherries (45.9%), apples (29.5%), pears (24.1%) and strawberries (21.3%) for acetamiprid; and cauliflower (57.5%), celery (20.9%), cherries (26.3%), cilantro (30.6%), grapes (28.9%), collard greens (24.9%), kale (31.4%), lettuce (45.6%), potatoes (31.2%) and spinach (38.7%) for imidacloprid.

Beyond its link toÂ hormone-dependent breast cancer, neonicotinoids are most infamous for their well-documented role in driving mass pollinator declines. However, pollinators are far from the only victims of ubiquitous neonicotinoid contamination. In a recent avian risk assessment, EPA scientists found that neonicotinoids present in treated seeds exceeds the agencyâ€™s level of concern for certain birds by as much as 200-fold. A 2017 study by researchers at the University of Saskatchewan confirmed that tiny amounts of neonicotinoids â€“ the equivalent of just four treated canola seeds, for example â€“ are enough to cause migrating songbirds to lose their sense of direction and become emaciated. Recent research uncovered the endocrine-disrupting health impacts of imidacloprid on white-tailed deer, adding to the concern of the same effect in humans.

Because neonicotinoids persist in soil and easily become airborne, the chemicals spread far beyond target crops and can contaminate nearby plants, soil, and water, thus posing far-reaching threats to wildlife. An EPA aquatic risk assessment for imidacloprid, released in 2017, found that imidacloprid threatens U.S. waterways, with significant risks to aquatic insects and cascading effects on aquatic food webs. Neonicotinoids contaminate over half of urban and agricultural streams across the U.S. and Puerto Rico, according to a report by the U.S. Geological Survey (USGS) that expands on a previous study finding the chemicals in Midwest waterways.

In keeping with these broad contamination trends, authors of the present study uncover a disturbing degree of neonicotinoid prevalence in commonly consumed fruits and vegetables, as well as drinking water. And, as authors note, â€śThe presence of multiple neonicotinoids on single commodity samples raises concerns about cumulative exposures and risks. US EPA has not conducted a human health cumulative risk assessment for neonicotinoids per requirements under Food Quality Protection Act (FQPA) for determining tolerance levels for these pesticides.â€ť

While neonicotinoid residues are on the rise, USDAâ€™s testing methods seem to be declining in sensitivity. Authors note that the limit of detection (LOD), which is the lowest amount of a pesticide that can be detected given technology limitations, has surprisingly increased for certain neonicotinoids and commodities. The LOD for imidacloprid in broccoli, for example, increased by a factor of more than 300 from 2008 to 2014, marking a 300x decrease in sensitivity of testing. This decrease in sensitivity runs contrary to scientific integrity, which typically calls for increased detection sensitivity as technology improves. Authors note that higher LODs mean that fewer samples will be categorized as positive for residues, thus artificially depressing detection frequencies.

As authors emphasize, there is a serious need for more study of the health effects of neonicotinoids and, in particular, newer products with potentially higher toxicity to non-target organisms. While new biomonitoring technologies are in development, currently there is no method for detecting neonicotinoids or their metabolites in biological samples. This lack of technology, in combination with questionable limitations of USDA data collection methods, leaves data gaps that make the conclusion of the study less conclusive than might be desired. Study authors sign off with more questions than answers, and propose that future research applying more sensitive methods and new human health assessment technologies are needed to fully understand the implications of their findings.

Beyond Pesticides holds the position that the current lack of rigorous testing of co-exposures and biomonitoring poses unacceptable threats to human health and the environment. It is our firm stance that organic methods are the only way to guarantee adequate protection. Join Beyond Pesticides today and become part of a growing network of community leaders, organic farmers, activists, and advocates fighting for a future free of unnecessary and toxic pesticides.

This entry was posted on Thursday, May 2nd, 2019 at 12:01 am and is filed under acetamiprid, Cancer, Clothianidin, Endocrine Disruption, Imidacloprid, neonicotinoids, Thiamethoxam, Uncategorized, US Department of Agriculture (USDA). You can follow any responses to this entry through the RSS 2.0 feed. You can skip to the end and leave a response. Pinging is currently not allowed.