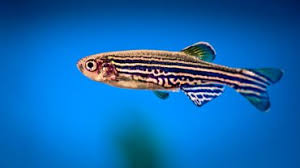 (Beyond Pesticides, June 12, 2019) A new study finds that the widespread insecticide fipronil causes transgenerational toxicity across generations of zebrafish. Fipronil, already known to be highly toxic to aquatic organisms, is now implicated in causing even more damage than previously thought. Even individuals who are not themselves directly exposed are shown to suffer from maternally transmitted toxic effects, including a more than doubled mortality rate.

The study, published in Environmental Pollution, tracks hatching, growth, and survival of offspring whose mothers were exposed to fipronil. Researchers exposed a total of 90 adult female zebrafish to environmentally relevant levels of fipronil, within the range of concentrations known to occur in U.S. surface waters, for a period of 28 days. After exposure, females were mated with unexposed males, and their offspring were monitored for hatching, growth, locomotor behavior, heart rate, toxicity and gene expression assays. The conclusion: maternal fipronil exposure induced multiple toxic effects in offspring, including a 30% reduction in hatch rates and, alarmingly, a more than doubling of the offspring mortality rate.

Fipronil is a broad-spectrum insecticide widely used for indoor and turf pest control in the U.S., and identified as a ubiquitous contaminant of U.S. surface waters. Fipronil is a known endocrine disruptor and has been shown to disrupt thyroid function in humans and wildlife.

These new results indicate that non-target organisms need not be directly exposed to fipronil to feel its effects. Offspring in the study were found to be contaminated with fipronil and its highly toxic degradation product, fipronil sulfone, at concentrations that varied in a dose-dependent manner with maternal treatment. Maternal transmission of toxins, authors report, may have caused some of the observed toxic effects. However, in addition to the more direct pathway of toxin transmission, the indirect disruption of maternal thyroid hormones likely played a major role in harming offspring.

Fipronil sulfone, a highly toxic derivative of fipronil, detected in offspring in the new study, has previously been shown to cause thyroid disruption in mammals. Adding to these findings, authors of the present study found that fipronil exposure, both direct and indirect, significantly lowered the levels of thyroid hormones. Because maternal thyroid hormones are known to be critical to embryonic development, the researchers believe that this mechanism of thyroid disruption to be one of the principle drivers behind the observed toxic effects.

Aquatic organisms are far from the only group threatened by continued use of fipronil and similar systemic insecticides. Fipronil has been heavily implicated in elevated bee toxicity and decline, acting to reduce behavioral function and learning performances in honey bees, for example. One 2011 French study reported that newly emerged honey bees exposed to low doses of fipronil and thiacloprid succumbed more readily to the parasite Nosema ceranae compared to healthy bees, Â supporting the hypothesis that the synergistic combination of parasitic infection and high pesticide exposures in beehives may contribute to colony decline. An extensive overview of the major studies showing the effects of pesticides on pollinator health can be found on Beyond Pesticidesâ€™ What the Science Shows Â webpage.

Fipronil is also a threat to human health. It has been classified by the U.S. Environmental Protection Agency (EPA) asÂ a Group C (possible human) carcinogen. A recent study of pesticide exposure among teenage girls living in Salinas Valley found that 84 out of 97 girls were routinely exposed to fipronil sulfide, a breakdown product of fipronil. As the authors note, fipronil â€śhas exhibited oncogenicity and neurologic toxicity in animal studies,â€ť raising concerns for 86.6% of children living in agricultural zones, whose routine exposure levels the study reflected.

These newest findings add to the litany of harms wrought by continued use of fipronil and similar toxic insecticides. Risk assessments cannot possibly capture the complex and nuanced ways in which the chemicals we allow to reach ubiquitous levels in our waterways end up causing irrevocable damage to countless organisms, and to ourselves. If fipronil can harm fish without directly touching them, what else can it do?

Join Beyond Pesticides in advocating for regulation and management that follows the precautionary principle. Stay abreast of the latest updates in science and regulation by following the Beyond Pesticides Daily News Blog. Become a member to gain access to a supportive network of like-minded individuals and organizations. Together, we can build a future free of toxic pesticides.

This entry was posted on Wednesday, June 12th, 2019 at 12:00 am and is filed under Uncategorized. You can follow any responses to this entry through the RSS 2.0 feed. You can skip to the end and leave a response. Pinging is currently not allowed.