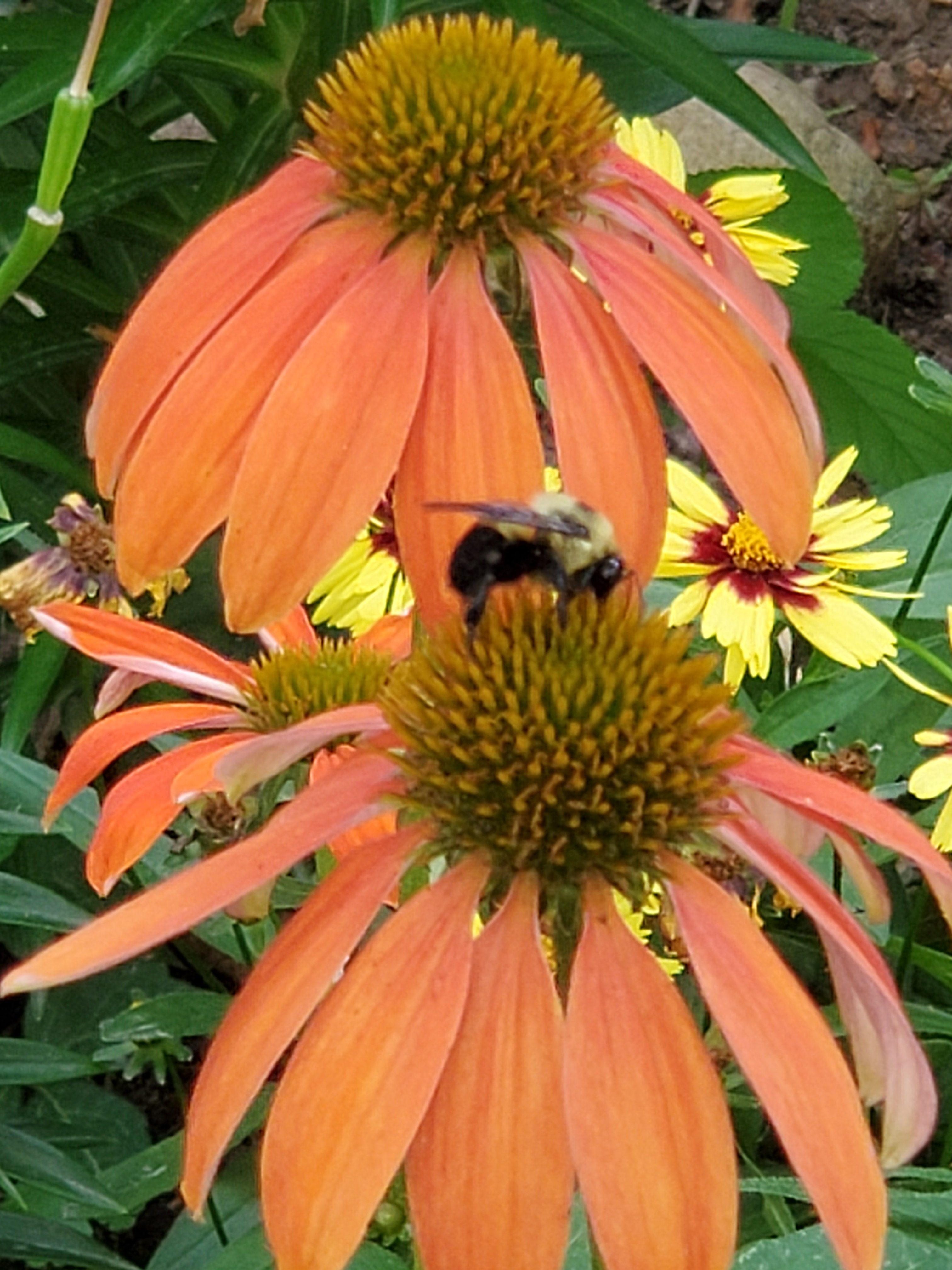 (Beyond Pesticides, June 24, 2019) A study finds that the interaction of a common honey bee parasite with neonicotinoid insecticides causes 70% reductions in overwintering honey bee survival. These results help to explain the unsustainable honey bee colony losses observed in recent decades.

Neonicotinoids (neonics) are a class of insecticides that share a common mode of action that affect the central nervous system of insects. Studies show that neonicotinic residues accumulate in pollen and nectar of treated plants, and, given their widespread use and known toxic effects, there is major concern that neonics play a major contributing role in pollinator declines.

In the early 2000s, Colony Collapse Disorder (CCD) brought national attention to increased honey bee colony losses. During the same period that CCD and colony losses spiked, neonic prevalence skyrocketed, in large part due to the introduction of seed-delivered technologies. As of 2011, 34-44% of soybeans and 79-100% of maize hectares were preemptively treated with neonics. While CCD prevalence has decreased, colony loss rates (and systemic insecticide use) remain high. A 2018 national survey indicates that U.S. beekeepers currently experience an average annual colony mortality rate of 30.7%, double the pre-CCD baseline of 15% losses.

In the present study, researchers at the University of Bern underwent an investigation into potential mechanisms for these unprecedented and continued high colony losses. Specifically, the study authors sought to better understand the hazards wrought by co-exposures to the common parasitic mite, Varroa destructor, and ubiquitous systemic neonicotinoid insecticides. Using field-relevant concentrations of frequently occurring neonicotinoids, scientists exposed experimental honey bee colonies to the insecticides for a period of 42 days in the spring, when bees typically experience the highest pesticide exposures. Since most managed honey bee colonies are already co-habited by V. destructor, the scientists did not have to manipulate infestation. Instead, researchers looked for differences in response to neonicotinoid exposure depending on individual beesâ€™ status â€“ whether or not they were harboring mites â€“ which varied naturally among individuals in each colony.

The authors were not only interested in observing immediate effects, but also in uncovering how this common combination might contribute to changes in long-term survival, of individuals and ultimately of whole colonies. To investigate long-term effects, researchers continued to monitor bees through the autumn following exposure, to capture effects on emerging winter bees.

What authors found validated their attention to long-term, co-exposure impacts. While neonicotinoid treatment alone did not produce a strong effect on worker body mass or survival, when combined with V. destructor parasitism, neonicotinoids did cause significantly reduced body weight and survival, compared to sole exposure to either stressor. However, these effects were not as pronounced in the summer immediately following spring exposure as they were in the autumn, when winter bees are reared. By the time autumn collections were completed, combined exposure to neonicotinoids and V. destructor were found to cause an astounding 70% reduction in survival, significantly surpassing the effects of either exposure alone. These results have strong implications for overall colony survival.

Honey bees born in the winter typically live longer than those born in the spring, and this longer-term survival is critical to the survival of the entire colony through to the next spring season. The majority of honey bee colony losses occur during this period of overwintering, when colonies are exposed to stressors that require a large population to buffer against. Colonies must have a strong population and sufficient stores of honey to survive the winter. When temperatures drop below the colonyâ€™s comfort zone, they rely on the vibration of thousands of clustered bee bodies to keep the hive temperature warm enough to survive. At the colony scale, the survival effects uncovered in the present study would destabilize these natural mechanisms for winter survival of the whole collective body.

Neonicotinoids by themselves already present an unacceptable hazard to bees. Multiple studies have confirmed that the levels of neonicotinoid pesticides that bees encounter in the environment are toxic enough to impair foraging, navigational, and learning behaviors, as well as suppress immune responses. These individual impacts are compounded at the level of social colonies, weakening collective resistance to common parasites, pathogens other pesticides, and thus leading to colony losses and mass population declines. In 2018, more than two hundred scientists co-authored a â€śCall to restrict neonicotinoidsâ€ť on the basis of the bulk of evidence implicating neonicotinoids in mass pollinator and beneficial insect declines.

Native pollinators are similarly threatened by increased use of systemic insecticides. Recent studies of wild and managed pollinators in the field have shown significant colony and population declines as a direct result of neonicotinoid crop treatment and intensified pesticide use. A 2008-2013 study of wild bee populations across various land types in the US found the greatest declines in regions of concentrated corn production, concomitant with the tripling of neonicotinoid use in maize. Wild bee populations are declining by more than 30% in the US corn-belt, where neonicotinoid use is by now ubiquitous. A 23% decline in California butterfly species documented over the last few decades began sharply following the introduction of neonicotinoids to the state in 1995.

These newest findings add to the litany of harms wrought by neonicotinoids and other systemic insecticides, and help to explain the mass colony losses that began just as neonicotinoids came to prevalence. Beyond Pesticides holds the position that nothing short of a complete transformation to organic, least-toxic practices can begin to reverse the damage wrought by decades of unchecked poisoning. Stay abreast of new public health findings by reading Beyond Pesticidesâ€™ Daily News Blog and Pesticide-Induced Diseases Database. Join the movement to end destructive pesticide use by engaging at the local, state and federal levels to transform our agricultural system.

This entry was posted on Tuesday, June 25th, 2019 at 12:00 am and is filed under neonicotinoids, Pollinators, Uncategorized. You can follow any responses to this entry through the RSS 2.0 feed. You can skip to the end and leave a response. Pinging is currently not allowed.