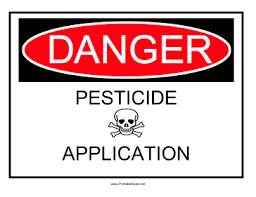 (Beyond Pesticides, January 10, 2020) A new study by researchers out of the University of Iowa College of Public Health, published in JAMA (the Journal of the American Medical Association) Internal Medicine, demonstrates that greater exposure to pyrethroid insecticides is associated with higher risks of death from all causes and from cardiovascular disease. These compounds can be inhaled, ingested, or absorbed through the skin; they are highly neurotoxic, and have also been linked to certain cancers, endocrine disruption, and suppression of the immune system, as well as respiratory and reproductive impacts.

The researchers gathered data, for 2,116 adults aged 20 or older, from the National Health and Nutrition Examination Survey. Each of those subjects had contributed a urine sample at some point between 1999 and 2002. Urine samples reflect levels of a pyrethroid metabolite (3-phenoxybenzoic acid) present, which in turn offer information about pyrethroid exposure. The researchers followed the participants until 2015; the research analysis was performed in the summer of 2019. Data were adjusted to accommodate multiple factors (age, sex, ethnicity, socioeconomic status, diet and lifestyle, smoking status, body mass index, and urinary creatinine levels). The co-authors report that subjects with the highest levels of metabolites had a 56% higher risk of death during the follow-up period than did subjects with the lowest exposure levels. In addition, ŌĆ£those in the highest exposure group had three times the cardiovascular mortality risk of those in the lowest exposure group.ŌĆØ

Pyrethroids account for 30% of global pesticide use, and have been generally regarded as effective against insects with few short-term risks to human health. They are used on agricultural crops; for mosquito abatement, including in areas that include aquatic features; on livestock animals and their premises; in food and animal feed processing facilities; and in residential settings. The compounds target a broad variety of insects and arthropods, including ants, worms, beetles, mites, flies, gnats, spiders, weevils, caterpillars, grubs, moths, ticks, lice, wasps, aphids, and midges.

Pyrethroid insecticides are synthetic versions of naturally occurring pyrethrin compounds found in chrysanthemums that grow in Australia and parts of the African continent. Pyrethroids are often touted ŌĆö by pest control operators and community mosquito management bureaus ŌĆö as being ŌĆ£as safe as chrysanthemum flowers.ŌĆØ Although, as Beyond Pesticides wrote in 2011, ŌĆ£pyrethroids are a synthetic version of an extract from the chrysanthemum plant, they are chemically engineered to be more toxic [and to] take longer to break down, and are often formulated with synergists, increasing potency, and compromising the human bodyŌĆÖs ability to detoxify the pesticide.ŌĆØ Use of pyrethroids has spiked as most residential organophosphate use has been phased out.

Pyrethroids represent risks beyond those to human health. They persist in the environment and adversely impact non-target organisms such as bees, fish, and other aquatic organisms; they are extremely damaging to non-target invertebrates, as evidenced by EPAŌĆÖs (Environmental Protection AgencyŌĆÖs) own analysis. In 2017 comments submitted to EPA (relevant to registration of 19 pyrethroid insecticides), Beyond Pesticides noted that ŌĆ£pyrethroid uses result in acute and chronic risks that exceed levels of concern (LOCs) for aquatic organisms,ŌĆØ and set out evidence of risks to pollinators and endangered species.

Commenting scientists Steven Stellman, PhD, and Jeanne Mager Stellman, PhD, of the Columbia University Mailman School of Public Health in New York, acknowledge limitations of the subject research, e.g., the relatively young average age (for purposes of assessing pyrethroid’s impact on cardiovascular mortality) of participants at the studyŌĆÖs terminus: 57 years. They say that the study results, however, stand out: ŌĆ£Other than cigarette smoking, few, if any, chemical exposures are known to trigger a [threefold] increase in the risk of death from heart disease, especially in [people] younger than 60 years.ŌĆØ They conclude that immediate further investigation of pyrethroid health impacts is warranted. The co-authors concur, saying ŌĆ£Further studies are needed to replicate the findings and determine the underlying mechanisms.ŌĆØ

Beyond Pesticides continues its monitoring of research on pyrethroids, and its advocacy to insist that EPA regulate pesticides based on science and precaution. When EPA proposed, in 2012, an expansion in permitted pyrethroid insecticide uses as part of its cumulative risk assessment for this neurotoxic class of chemicals, it claimed that they did ŌĆ£ŌĆśnot pose risk concerns for children or adultsŌĆÖ ŌĆö ignoring a wealth of independent data that links this class of chemicals to certain cancers, respiratory and reproductive problems, and the onset of insect resistance. It went as far as to state that its cumulative assessment supports consideration of registering additional new uses of these pesticides, potentially opening the flood gates for manufacturers to bombard the market with more pyrethroid pesticides, endangering the health of the public.ŌĆØ Beyond Pesticides responded with comments to EPA that identified flaws in its required cumulative assessment, critiqued EPAŌĆÖs judgment, identified the agencyŌĆÖs violation of its statutory duty, and called the agency out for its poor interpretation of health research data.

The agency is not currently performing much better. In November 2019, EPA proposed further weakening of protections against five pyrethroid compounds. The Trump administrationŌĆÖs EPA had already recently reduced protections for children from this class of insecticides, and the agency is now apparently welcoming the recommendations of industry ŌĆö from, in this case, the Pyrethroid Working Group, a consortium of pesticide companies ŌĆö to continue stripping away regulations designed to protect human and environmental health. That EPA November announcement proposed reapproval of five of 23 pyrethroids; proposals regarding the rest are already pending approval.

Beyond Pesticides is submitting comments to EPA on interim decisions on those five pyrethroid insecticides. Among its comments are these: ŌĆ£In its review, EPA fails to meet the statutory standard for continued registration of a pesticide. This failure . . . cuts across several areas of human health and environmental concern ŌĆö synergistic effects of combined active ingredients in common formulations, a large number of adverse effects incidents, endocrine disruption, vulnerability of children to exposure, and threats to pollinators and endangered species. At the same time, the agency neglects to determine whether the pesticides under review could be replaced by practices or products that are non-toxic or less hazardous. The issues raised in our comments point to serious limitations in the agencyŌĆÖs ability to [assure] the public that pesticide products commonly available for insect control are safe, do not expose the public to serious hazards or uncertainties, and are necessary, given the availability of alternatives.ŌĆØ

Public comments on these interim decisions are due by January 13; the public can register its comments here, referencing docket #EPA-HQ-OPP-2008-0331-0085: https://www.regulations.gov/document?D=EPA-HQ-OPP-2008-0331-0085. Reach out to Beyond Pesticides for assistance with making public comments at 1-202-543-5450. Stay tuned for coming news on pyrethroid registration and health impacts of these compounds (and information on pesticides broadly) via the Daily News Blog.

This entry was posted on Friday, January 10th, 2020 at 12:01 am and is filed under Cancer, Cardiovascular Disease, Endocrine Disruption, Environmental Protection Agency (EPA), Reproductive Health, Respiratory Problems, Synthetic Pyrethroid, Uncategorized. You can follow any responses to this entry through the RSS 2.0 feed. You can skip to the end and leave a response. Pinging is currently not allowed.