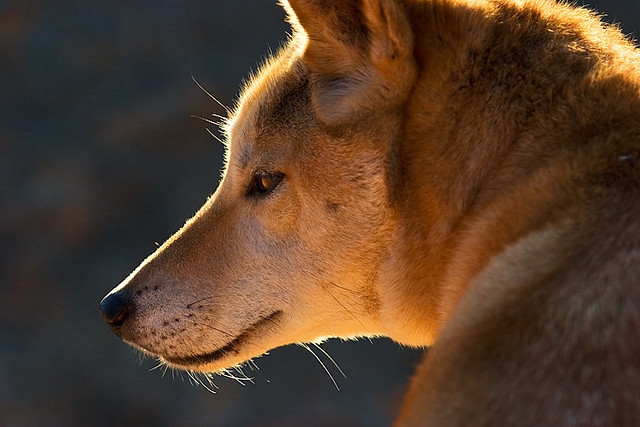 (Beyond Pesticides, August 5, 2020) Regions of Australia that use a highly toxic rodenticide are home to larger dingoes than areas where the pesticide is not used, according to research published in the Biological Journal of the Linnean Society. Over the course of roughly the last century, dingoes in rodenticide-baited regions have grown by between six and nine percent. While pesticides are well known to induce changes in insect morphology as resistance is developed, this is one of the first studies to find effects on a large vertebrate carnivore.

To make their determination, researchers began measuring the size of dingo skulls, which can be used as a proximate for body size, in areas where the rodenticide compound 1080 (sodium fluoroacetate) was and was not historically used. Skull analysis relied primarily on historical specimens stored in museums throughout Australia. Â

“Skulls from the baited regions grew by about four millimetres since poison baiting was introduced,” says Michael Letnic, PhD, lead author of the paper and professor in conservation biology and ecosystem restoration at the University of New South Wales Science. “This equates to roughly a kilogram [2.2 lbs] in body mass.”

While size increases were consistently seen in baited regions, dingoes in areas where 1080 was not used showed no discernible change. This phenomenon was seen in both males and females, though researchers note that in certain areas female dingoes showed increases slightly larger than males.

Researchers proposed a range of ideas as to why the size increases occurred. “The most likely theory is that dingoes who survive baiting campaigns have less competition for food,” says co-author Associate Professor Mathew Crowther, PhD, from the University of Sydney. “With more food in abundance, dingoes’ physical growth is less restricted.”

This theory focuses on the influence of a predator/prey cycle, whereby food availability may lead to more food and increased fitness for dingoes able to avoid 1080 exposure. Dr. Crowther also notes that the pesticide may be causing specific pressures on the dingoes themselves. “Poison baiting campaigns could be favouring the survival of larger dingoes,” says Dr. Crowther. “Smaller dingoes need less poison for a lethal dose, so are more likely to be killed by baiting. This leaves the larger dingoes to survive and breed.”

Scientists indicate that they worked to control for potential confounders. “We only tested dingoes in areas that have very low dog hybridisation rates, making it highly unlikely that dog genetics are contributing to the size growth,” says Dr. Letnic. Climate change was also dismissed, as warming conditions would be more likely to decrease, rather than increase, body size.

Compound 1080 (sodium fluoroacetate or sodium monofluoroacetate) is a water-soluble, odorless, colorless, tasteless, and lethally toxic poison with no antidote; a single teaspoon could kill as many as 100 adult humans. It causes basic cellular process to fail, leading to gross organ failure and a very painful death. In the United States, compound 1080 was banned by the Nixon administration in the 1970s, but reintroduced in the Reagan administration for use in â€ślivestock protection collars.â€ť These, collars, worn on the necks of domestic animals like cows, are released if a predator pieces the collar while attempting to take down the animal.

“The reaction to this finding may be to add more poison to the baits, or to find a new poison,” says Dr. Letnic. “But, eventually, the cycle will start again.”

Phenotypic changes from pesticide exposure are predictable but can be difficult to discern without scientific investigation. “Baiting is changing dingoes, so it could be changing other animal populations,” says Dr. Letnic. Prior studies have found that herbicides like glyphosate can induce morphological changes in amphibian species, or cause them to produce more venom, by activating a predator response.

As Dr. Letnic notes, “Animals respond to human interventions, whether directly or indirectly. The changes could well be adaptive, and we must think about that.â€ť Past research shows that rodenticides have the ability to act as â€śsuper predatorsâ€ť in an ecosystem, placing an outsized check on a range of species and imperiling ecosystem health. Both rodenticides and other dangerous and indiscriminate wildlife poisons, like M-44 cyanide bombs, threaten wild spaces.

Help eliminate these poisons from the environment by contacting your elected officials and urging they support the Chemical Poisons Reduction Act, introduced by Rep Peter DeFazio, which would permanently ban compound 1080 and the use of cyanide bombs. For more information on the dangers pesticides pose to predators and other wild animals, see Beyond Pesticidesâ€™ Wildlife program page.

This entry was posted on Wednesday, August 5th, 2020 at 12:01 am and is filed under Compound 1080, Cyanide, International, Rodenticide, Uncategorized. You can follow any responses to this entry through the RSS 2.0 feed. You can skip to the end and leave a response. Pinging is currently not allowed.