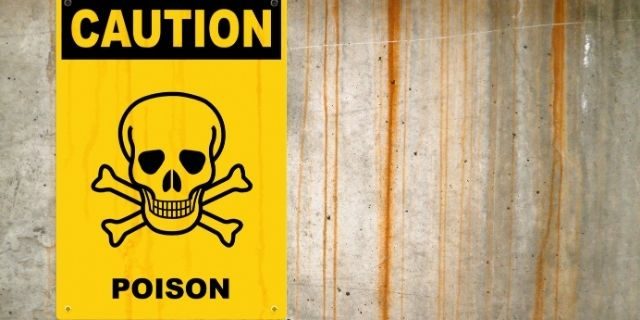 (Beyond Pesticides, April 14, 2021) Litigation on the highly toxic herbicide paraquat may soon move into its next phase as lawyers representing victims recently requested cases be consolidated in the federal district court of Northern California. Over a dozen lawsuits have been filed against the Swiss-based agrichemical corporation Syngenta in several states throughout the U.S. The complaints allege that exposure to Syngenta herbicides containing paraquat resulted in their diagnosis of Parkinsonâ€™s Disease.

Paraquat dichloride (paraquat) is a highly toxic herbicide that has been registered for use in the United States since 1964. Although not permitted for residential use, the product is registered on a wide range of agricultural land, from row crops to vegetables and trees, and on non-farm areas, including airports, certain industrial sites and commercial buildings. It can be used as a preemergent, post-emergent, and post-harvest as a desiccant or harvest aid in the field.

The lawsuits target both Syngenta and Chevron corporation, which previously held the rights to sell paraquat in the 1960s under an agreement with a company that was eventually purchased by Syngenta. Syngenta itself, while still headquartered in Switzerland, is now owned by the Chinese National Chemical Corporation (ChemChina) after a 2016 merger. Despite significant ongoing use in the U.S., concentrated in the South, Central U.S., and Californiaâ€™s central valley, the pesticide has been banned in many other countries, including the EU in 2007 and Brazil in 2020. Switzerland banned the chemical as far back s 1989, and Chinaâ€™s ban came into effect last year.

Paraquat presents a range of health concerns. Recent research shows that inhalation of low doses can disrupt oneâ€™s sense of smell, and past research has found the chemical may result in adverse respiratory health among farmers that apply it. However, there are two primary concerns related to this hazardous chemical. The first concern is the rampant poisonings and suicides that have occurred as a result of the fast action and high toxicity of paraquat. Less than a shot glass of the pesticide is enough to kill a grown adult, and there have been far too many instances of accidental poisonings. A recent report from The Intercept, in coordination with French newspaper Le Monde and Unearthed, reveal the Paraquat Papers and insider information on how the company worked to cover up its failure to deter these avoidable poisonings.

The second primary concern with paraquat is strong evidence linking the use of paraquat to the development of Parkinsonâ€™s disease. Research finds that cumulative exposures over oneâ€™s life increases risk of developing Parkinsonâ€™s disease, and other factors such as genetics, exposure to other chemicals further elevate the threat. Recent studies show that oneâ€™s zip code and proximity to paraquat use in agriculture likely plays an important role in an individualâ€™s risk of developing Parkinsonâ€™s. Â â€śThe data is overwhelmingâ€ť regarding the link between paraquat and Parkinsonâ€™s, said Samuel M. Goldman, MD, an epidemiologist in the San Francisco Veterans Affairs health system to the New York Times in 2016. Another expert interviewed by the New York Times, Freya Kamel, PhD, with the National Institutes of Health said the connection was â€śabout as persuasive as these things get.â€ť

All of this overwhelming, persuasive data, did not change the US Environmental Protection Agencyâ€™s decision last year to give paraquat another 15 year lease for use on American soil. But, like the ongoing Roundup lawsuits, it is looking increasingly unlikely that EPAâ€™s failure to act will weigh heavily on court cases.

According to reporting in Environmental Health News (EHN), plaintiff lawyers are upbeat about the case. “We are confident that science strongly supports the causal connection between paraquat and the devastation of Parkinson’s disease,” said Mike Miller, lead attorney of the Miller Firm, which also led much of the Roundup litigation. “The Northern District of California is well equipped to handle these cases.” Syngenta/ChemChina and Chevron deny any connection between paraquat and Parkinsonâ€™s and are vowing to vigorously defend their products.

EHN reports that some plaintiffs have uncovered important evidence from internal Syngenta documents indicating that, like its foreknowledge of problems from suicides and accidental poisonings, the company may have likewise known for years that paraquat caused Parkinsonâ€™s disease.

With another potentially large monetary loss for the agrichemical industry on the horizon, many industry watchdogs are wondering what the game plan is. Notwithstanding the immense human suffering created by the use of paraquat, as the Roundup litigation with Bayer/Monsanto show, short-term, profit motivated thinking can result in significant economic losses down the road. With EPA unable to provide effective cover, and under the new administration likely changing its approach to industry oversight, many are looking to significant reforms on the horizon.

Help make change possible by contacting EPA and telling the agency to stop registering toxic pesticides until an audit is performed on pesticide registrants, and EPA can assure the public that their science and determinations are not corrupt. For more information on the link between paraquat, other pesticides, and Parkinsonâ€™s disease, see Beyond Pesticides Pesticide Induced Diseases Database.

This entry was posted on Wednesday, April 14th, 2021 at 12:01 am and is filed under Agriculture, Chem-China, Environmental Protection Agency (EPA), International, Paraquat, Parkinson's, Syngenta, Uncategorized. You can follow any responses to this entry through the RSS 2.0 feed. You can skip to the end and leave a response. Pinging is currently not allowed.