Climate Change and Industrial Agriculture Are Supercharging the Insect Apocalypse 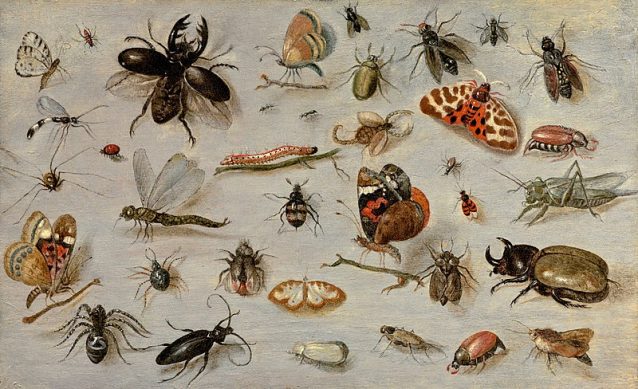 (Beyond Pesticides, May 4, 2022) Agricultural intensification and climate change are driving unprecedented losses in insect abundance and biodiversity, placing key ecosystem functions like food production in peril. The findings of this research, published in Nature by scientists at University College London, UK, are the first to elucidate the interactions between major drivers of the ongoing insect apocalypse. As civilization moves deeper into a time in which the impacts of a rapidly warming planet meet the devastating effects of habitat loss and rampant chemical use, it becomes ever more critical that action be taken now to avert the worst outcomes for the future of life on the planet. While the solutions are in reach, tremendous public action is needed to stop the fossil fuel and agrichemical industries from their short-sighted pursuit of profit at any cost, climate advocates say.

To conduct their analysis, scientists utilized both short-term studies and the Projecting Responses of Ecological Diversity in Changing Terrestrial Systems (PREDICTS) database, which contains insect biodiversity sampling comprising twenty years of information (1992 to 2012). Species richness and total abundance were reviewed for nearly 20,000 insect species, including dragonflies/damselflies, moths and butterflies, flies, true bugs, beetles, bees and wasps, and grasshoppers/crickets from every biome on earth save the tundra. To determine how the synergy between climate change and industrial agriculture affected species, scientists grouped sites from their dataset into four classes based on the level of land intensity (primary vegetation, secondary vegetation, low intensity farming, and high intensity farming). Changes in mean and maximum temperatures, based on a baseline from the early 20th century, were likewise calculated.

Scientists conducted further analysis to determine of other factors could buffer these declines. It was found that having significant natural land cover near low intensity agricultural sites had the potential to lower species declines. When low intensity agriculture was surrounded by 75% natural habitat, losses in insect abundance dropped only 7% and richness 5%. However, significantly higher reductions were seen when only 25% of natural habitat surrounded farmlands. High intensity agriculture shows no buffering of insect declines with nearby natural lands. Additionally, at the highest modeled levels of climate change, natural land likewise provides no mitigating effects.

As the authors note, climate warming is predicted to accelerate, and agricultural intensification is predicted to increase throughout this century. â€śIf this agricultural expansion is associated with a reduction in the availability of natural habitats within production landscapes or a move toward higher-intensity agriculture, our results indicate that large declines in insect biodiversity will occur, particularly as climate warming accelerates,â€ť the study notes.

The insect apocalypse is worded so bombastically because the impacts are unimaginably deleterious for human civilization as we now know it. Food production relies on the services insects provide: pollination, pest control, soil quality, decomposition, and a stable food web. While these interacting crises are occurring, the public is continuously inundated with misinformation from industries profiting on the crisis to create deliberate confusion and enervation. Arguments are made that high intensity, industrial chemical agriculture is the only way to feed the world, and the fossil fuels are the only way to provide energy. Scientific data is now spelling out exactly what we are in for if we continue to endorse these dangerous myths.

For more information on the ongoing insect apocalypse, see Beyond Pesticides article Study Cites Insect Extinction and Ecological Collapse, as well as previous Daily News articles on the subject.

This entry was posted on Wednesday, May 4th, 2022 at 12:01 am and is filed under Agriculture, Alternatives/Organics, Climate, Climate Change, Uncategorized. You can follow any responses to this entry through the RSS 2.0 feed. You can skip to the end and leave a response. Pinging is currently not allowed.