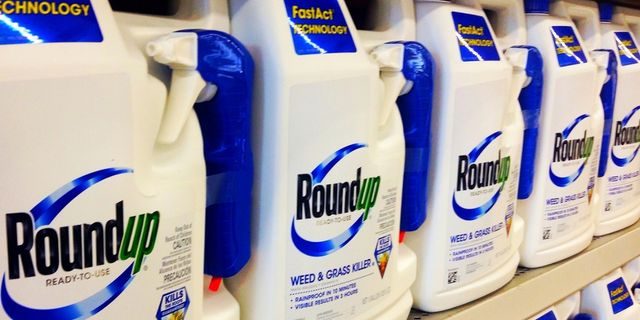 (Beyond Pesticides, November 8, 2022) Glyphosate weed killers induce antibiotic resistance in deadly hospital-acquired bacteria, according to a new study published late last month in the journal Scientific Reports. This is the latest finding connecting commonly used herbicides to the rise of antibiotic resistant bacteria, with prior research showing glyphosate, 2,4-D, and dicamba able to create resistance in Salmonella and E. coli. While federal regulatory agencies continue ignore the role of pesticides in the development of antibiotic resistance, it is critical for states and localities to take action to protect their most vulnerable both from toxic exposure to these herbicides and the multitude of indirect effects caused by their use. This is all happening as antibiotic resistance is rising to dangerously high levels in all parts of the world, according to the World Health Organization. In the May 1, 2022 issues of the Bulletin of the World Health Organization, Samira Choudhury, PhD, et al. writes, “Often referred to as the silent pandemic, antimicrobial resistance claims the lives of over 700,000 people annually.” The authors continue, “A study suggests that if no actions are taken, antimicrobial resistance will cause 10 million deaths per year by 2050 and an economic impact of over 100 trillion United States dollars.”

Scientists focus their research on Pseudomonas aeruginosa, a bacteria commonly found in the environment, but able to cause serious disease in humans. Healthy people can be infected from improperly cleaned hot tubs or swimming pools, resulting in skin rashes and eye and ear infections. However, the greatest risk of P. aeruginosa is in the hospital setting. The bacteria is well known to infect those suffering from burn wounds, on a ventilator or other invasive medical device, and or with a catheter. Hospital-acquired P. aeruginosa is deadly in large part due to the wide spectrum of multi-drug antibiotic resistance the bacteria possesses. The U.S. Centers for Disease Control and Prevention indicate that in 2017 32,600 Americans hospitalized came down with a P. aeruginosa infection, with 2,700 passing away as a result.

To better understand the role pesticides like glyphosate are playing in these deadly infections, scientists examined five different strains of P. aeruginosa, four retrieved from the environment and one from a clinical setting. All represented strains that were initially sensitive to antibiotics.

These strains were exposed to both technical grade glyphosate and a range of glyphosate-based herbicide (GBH) formulations, including the products Roundup Mega, Dominator Extra 608 SL, Gladiator 480 SL (which are sold only in Europe). P. aeruginosa was exposed to 0.5% of glyphosate and GBH products per the volume of the medium (equivalent to 1.8â€“2.8 g/L [glyphosate] acid depending on the type of formulation). â€śThis concentration falls within the recommended dilution range of GBHs [0.2â€“3.5% (v/v)] for agricultural and household use and similar to those found in water after agricultural practices,â€ť the study notes.

At this level, glyphosate and its formulated products significantly increase the minimum inhibitory concentration (the lowest concentration of an antibiotic that would inhibit the growth of a given bacteria) of P. aeruginosa to the carbapenem-type antibiotic imipenem by between 2-32 fold. This occurred in all strains and under different exposure scenarios. â€śConsidering the worldwide use of [glyphosate] and GBHs, and the simultaneous emergence of antibiotic-resistant bacteria in environmental matrices, the detected interactions between these chemicals may affect microbial communities and possess a potential environmental and human health risk,â€ť the authors explain. Future studies will likely determine the mechanism through which this problem is occurring,

It is becoming increasingly evident that glyphosate is creating resistance problems in more than merely the weeds on which the chemical is being applied to control. Initial reports on glyphosateâ€™s antibiotic resistance properties came in 2015, a week after the chemical was deemed a possible carcinogen by the World Health Organization. Two years later these reports were confirmed in greater detail by the same team of scientists. In 2018, researchers found that bacteria exposed to glyphosate-based Roundup can develop antibiotic resistance 100,000 times faster than average. The most recent findings indicate that this resistance is developing directly in the field, with soils sprayed with weed killers likely to contain higher amounts of antibiotic resistant bacteria. Â

With inaction from federal regulators, it is up to states and localities to protect their residents from the rise of pesticide-induced antibiotic resistant bacteria. Pseudomonas aeruginosa is known to attack the most vulnerable at their weakest stage. Yet, it is perfectly possible for a landscaper to be spraying glyphosate outside of the room of a patient suffering from a P. aeruginosa infection. Despite the high level of care that doctors, nurses, and custodial staff may put into deterring the spread of P. aeruginosa infections within a hospital, pesticide use outside may be resulting in patients and staff tracking in resistant bacteria, acting as a steady source of environmental exposures. Resistant bacteria travels throughout the environment through a process called horizontal gene transfer, causing widespread resistance even if the use site of the chemical does not come into direct contact with someone suffering from or vulnerable to an infectious disease. The human pathogenic organisms themselves do not need to be directly sprayed by the antibiotic because movement of genes in bacteria is not solely â€śverticalâ€ť â€“that is from parent to progenyâ€“ but can be â€śhorizontalâ€ť â€“from one bacterial species to another.Â

Stopping the use of carcinogenic, antibiotic resistance forming pesticides outside hospitals where individuals are suffering from the diseases these chemicals can cause is common sense. But Beyond Pesticides challenges individuals to find hospitals that are paying attention and considering the connection between their landscape practices and the health of their patients. Although some like the Adventist Hospital in Takoma Park, MD stopped their use of pesticides and supported the passage of local laws restricting their use, their involvement is unfortunately rare. More broadly, use of pesticides that cause bacterial resistance to antibiotics in agriculture is contributing to widespread resistance throughout society, making it more and more different to treat infectious diseases with antibiotics. Individuals concerned about this problem, who may have had family members or friends poisoned by pesticides or harmed by antibiotic resistant diseases, are encouraged to get active in their community to fight for meaningful protections from toxic pesticides. This fall take action to tell your mayor or county executive to transition your community landscapes to pesticide-free, organic management. Â

This entry was posted on Tuesday, November 8th, 2022 at 12:01 am and is filed under 2,4-D, Agriculture, Antibiotic, Dicamba, Environmental Protection Agency (EPA), Glyphosate, Infectious Disease, Uncategorized. You can follow any responses to this entry through the RSS 2.0 feed. You can skip to the end and leave a response. Pinging is currently not allowed.