(Beyond Pesticides, September 19, 2017) Soils on organic farms sequester more carbon for a longer period of time when compared to the 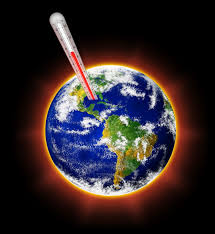 soil on conventional chemical-intensive farms, according to a study conducted by researchers from Northeastern University and The Organic Center. The continuing effects of climate change necessitate a robust approach to both limiting and reducing carbon in the earthÔÇÖs atmosphere. As the study shows, a wholesale transition from conventional to organic farming could play an important part in mitigating the effects of a warming planet.

In order to assess the impact of the differing production practices, researchers compared the soil on over 1000 organic and conventional farms throughout the U.S. Focus was placed on how the different approaches impact soil organic carbon, which is simply the amount of carbon contained in soil, and consists of two sources. The first is carbon that cycles through air, soil, and microorganisms. The second is more stable in the soil, and is contained in soil humus. Humus is not cycled in and out of soil. It is a complex of decayed organic matter that stores essential elements including carbon and nutrients in a highly stable state. The primary substances that make up humus are fluvic and humic acid, and the percentage of each was also measured by researchers at each farm observed in the study.

These data are in line with previous research that has revealed the benefits and role that organic farming practices can play in carbon reduction through sequestration. According to calculations from the Rodale Institute in 2014, soil sequestration has the potential to store the greenhouse gas emissions of up to 52 gigatonnes of CO2.

Organic agricultural practices also show a range of benefits beyond greenhouse gas reduction. Research published in 2016 found that U.S. counties with high levels of organic agricultural activity boosted median household incomes by roughly $2,000, reducing poverty levels by 1.3%. A 2015 study published in the Proceedings of the National Academies of Science (PNAS) found similar results, with increased labor costs in organic being offset by a decreased need to purchase outside inputs that include nonrenewable resources like chemical fertilizers and pesticides. A recent 2017 report from the European Parliament also noted that organic production had significant benefits for human health. ÔÇ£Overall, consumption of organic food substantially decreases the consumerÔÇÖs dietary pesticide exposure, as well as acute and chronic risks from such exposure,ÔÇØ the report says.

Meanwhile, conventional systems have been found to be particularly bad for soil, leading to a myriad of problems that effect personal and global economics, human health, and ecological stability. A report released in March of this year by French researchers finds that conventional pesticide use did not equate to higher profits for farmers. Further, a 2016 report published in Nature Communications found that the loss of soil microbial diversity adversely impacts the ability for soil to deliver valuable ecosystem services. ┬áIndeed, another report published in 2016 by Danish researchers found that conventional agricultural practices had direct effects on populations of earthworms, springtails, mites, and other microbial life critical to the cycling of organic nutrients. There is growing evidence documented by Beyond Pesticides in its recent issue of Pesticides and You linking pesticides, soil microbiota, and the human gut microbiome to poisoning and resulting diseases.

It is little wonder why scientists at Washington State University recently determined that organic agriculture is essential to a sustainable future. While organic farmland is currently still a small portion of farms in production in the U.S., that number is growing rapidly as more and more consumers decide to buy organic.

Though organic products may be a bit more expensive, consumers know that what theyÔÇÖre getting is worth the price ÔÇô safer food that is better for the environment. For more information on the impact of pesticides on soil health, see Beyond PesticidesÔÇÖ Soil Biota webpage. Additional information on the benefits of organic production can also be found on the Organic Agriculture program page.

This entry was posted on Tuesday, September 19th, 2017 at 12:00 am and is filed under Uncategorized. You can follow any responses to this entry through the RSS 2.0 feed. You can skip to the end and leave a response. Pinging is currently not allowed.