(Beyond Pesticides, October 5, 2017) Research published in the International Journal of Cancer links the residential use of pesticides to an increased risk of 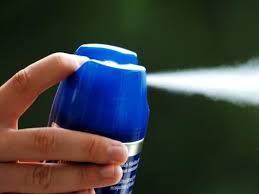 childhood brain tumors in children. According to the study, mothers who use pesticides in the home while pregnant put their children at 1.4 times the risk of developing a brain tumor under the age of 15. The study findings point to the need to eliminate the residential use of toxic chemicals by increasing education around alternative pest management practices in the home and garden, as well as regulatory action to remove toxic pesticides from the market.

The team of researchers used data drawn from population-based, case-control studies conducted in France, ESCALE and ESTELLE, which investigated the role of infectious, environment, and genetic factors in common cancers (leukemia, lymphoma, neuroblastoma, and brain tumors). From the data, researchers identified 3,102 control mothers, and 437 mothers whose children had developed a brain tumor. These mothers were interviewed via phone over their use of pesticides in and around the home during their pregnancy.

Scientists determined that use of pesticides in the home put children at 40% increased risk of brain tumors, with insecticides being specifically linked to this increase. Because very few women used herbicides or fungicides during pregnancy, researchers were not able to tell whether any significant link existed. “Although such retrospective studies cannot identify specific chemicals used or quantify the exposure, our findings add another reason to advise mothers to limit their exposure to pesticides around the time of pregnancy,” said Nicolas Vidart d’Egurbide BagazgoĂŻtia, lead author of the study in a press release.

Indeed there is no shortage of reasons to avoid pesticide use when pregnant. A 2013 study published in Cancer Causes and Control found that women that contract for termite pest control applications in their home within a year of pregnancy have twice the risk of their child developing a brain tumor. A meta-analysis conducted in 2010 and published in Environmental Health Perspectives, investigating residential pesticide use and childhood leukemia, found that pesticide exposure during pregnancy increased risk of childhood leukemia by 54%. Another meta-analysis published in 2015 in Pediatrics by researchers at Harvard University found that indoor use of insecticides was associated with a 47% increase in childhood leukemia and 43% increase in childhood lymphoma. Herbicide exposure was associated with a 26% increase in leukemia.

Evidence shows that pesticides are widespread in our environment and in our homes. A 2008 study found that 75% of pregnant womenâ€™s homes were contaminated with the widely used insecticide and synergist piperonyl butoxide. Another 2009 study found that most floors in occupied homes in the United States contained measurable levels of pesticide, with insecticides like permethrin found in 89% of homes at detectable levels, but also banned chemicals like DDT found in 42% of homes. Because synthetic pesticides break down so slowly, subsequent applications will increase contamination levels in the home.

There are a range of alternative management techniques that can solve common residential pest problems without needing to resort to pesticides that put childrenâ€™s lives at risk. Beyond Pesticides has developed a database, ManageSafe, which provides step by step instructions on how to manage pests in the home and garden through nontoxic means. Assistance can be found in identifying a pest, determining the extent of the problem, future preventative techniques, pest monitoring, non-chemical, and biological and least-toxic options as a last resort. Â If there is a pest not listed on the ManageSafe page, or if you have other questions about managing pests to ridding toxic chemicals from your community, contact Beyond Pesticides for one-on-one assistance at [email protected] or 202-543-5450.

This entry was posted on Thursday, October 5th, 2017 at 12:00 am and is filed under Children, Uncategorized. You can follow any responses to this entry through the RSS 2.0 feed. You can skip to the end and leave a response. Pinging is currently not allowed.