Syngenta Gets Slap on the Wrist for Poisoning Workers 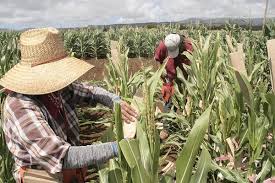 claims against pesticide giant, Syngenta, after dozens of workers in Kuai, Hawaii were exposed to the neurotoxic pesticide chlorpyrifos in 2016 and 2017. EPA backed away from the $4.8 million settlement that it was initially seeking from Syngenta and negotiated a civil penalty of $150,000.

Nineteen workers were exposed to chlorpyrifos after Syngenta sprayed the insecticide on a field of genetically engineered (GE) corn at its Kekaha farm. According to the complaint, the workers were allowed to reenter the field before the reentry period expired and without protective equipment. Ten workers were taken to the hospital and three were held overnight. This incident occurred in 2016, however a second incident occurred in 2017 when Syngenta failed to post warnings for worker crews containing 42 employees after applying chlorpyrifos. At the time of the incident, an inspector from the Hawaii Department of Agriculture (HDOA) was present on the Syngenta farm, which triggered an immediate investigation from the state. Consequently, a civil administrative enforcement action was brought against Syngenta seeking $4.8 million for violating multiple federal statues including worker protection standards, allegedly affecting as many as 77 workers and leading to the 388-count complaint. With maximum penalties as high as $19,000 per violation.

According to reports, the settlement, finalized last week, now amounts to about $387 per count. This is about three percent of the $4.8 million the EPA initially was seeking for the 2016 incident alone. Alexis Strauss, acting regional administrator for the┬ĀEPAŌĆÖs Region 9, acknowledged that the settlement was far less than the maximum allowed under the Federal Insecticide, Fungicide, and Rodenticide Act (FIFRA) and its regulations designed to protect workers. In addition, EPA found that Syngenta failed to provide both adequate decontamination supplies on-site and prompt transportation to a medical facility for exposed workers.

Ms. Strauss said it ŌĆ£would be lovelyŌĆØ if the EPA had been able to impose a higher penalty, but she added, ŌĆ£You donŌĆÖt get to settle with a company by getting the maximum amount for every violation.ŌĆØ

In addition to the $150,000 penalty, Syngenta will also spend $400,000 on worker protection training sessions for growers under the agreement, and the company will develop a curriculum and training materials tailored to local growers who face pesticide compliance challenges related to language, literacy, geographic, and cultural factors.

Ms. Strauss, who has been with the EPA for 39 years, said the decision to back down from the stiff fine for Syngenta was not the product of politics, but rather a desire to reach a conclusion and help communities. But EPAŌĆÖs new Administrator Scott Pruitt has made it clear he intends to severely limit the agency ability to protect the environment and people from pesticides and other contaminants. One of his first acts in office was to┬Ārescind the proposal to ban chlorpyrifos in agriculture. This, despite findings and recommendations of┬ĀEPAŌĆÖs own scientists and a 2016 Scientific Advisory Panel (SAP), claiming more evidence was needed. Mr. Pruitt and his team are aiming to reduce the staff of what was nearly 15,000 to below 8,000. Without adequate staff, thorough vetting and oversight of pesticides products and their impacts under FIFRA for their impact on human health and the environment is likely to suffer, while giving a free pass to the industry. Administrator Pruitt has also┬Āissued a directive┬Ābanning scientists who receive grant funding from the EPA from serving on its advisory board. This leads an EPA to be more beholden to industry ŌĆ£scienceŌĆØ and its priorities of profit and unlimited pollution.

Chlorpyrifos is highly neurotoxic, organophosphate pesticide and the scientific literature is filled with evidence of chlorpyrifosŌĆÖ impact on childrenŌĆÖs developing brains and long-term impact on cognitive function, IQs and neurological disorders like ADHD and autism. Epidemiological data also points to subpopulations that are disproportionately affected by chlorpyrifos exposures. Low-income African-American and Latino families, including farmworker families, continue to suffer the most, and this disproportionate impact creates an environmental justice issue that the agency has ignored. A 2014 study conducted by the UC Davis Mind Institute also┬Āfound that pregnant women who lived within a mile of fields where chlorpyrifos was sprayed more than┬Ātripled their chances of giving birth to a child with autism. Recently, researchers at the┬ĀUniversity┬Āof California, Santa Barbara,┬Āanalyzing┬Ā500,000 birth observations,┬Āreport┬Āthat exposure to pesticides as a result of living┬Āin┬Āthe agriculturally dominated San Joaquin Valley┬Āincreases the risk of giving birth to a baby with abnormalities.

Native Hawaiian communities have spent nearly a decade long battle against┬Āmultinational pesticide corporations┬Āon the islands. Data released in 2014 reveal that┬Āhigh levels of restricted use pesticides, in some cases almost double the pounds per acre average of other states, are being used in Kauai County. According to the Center for Food Safety, in┬Ā2014 alone, there were 1,381 field test sites in Hawaii, compared to only 178 sites in California, a large agricultural state. Most of these field test sites are used for crops genetically engineered to be herbicide-tolerant. Testing these crops means repeated spraying of dangerous chemicals in Native Hawaiian communities. Chemical companies continue to advocate for the status quo, which allows them to maintain current levels of pesticide use with little oversight.

Hawaii is now considering bills in the state┬ĀHouse┬Āand┬ĀSenate┬Āto ban chlorpyrifos, as well as a┬Āproposal┬Āto require farmers to notify the public when they use certain pesticides and to create buffer zones around some schools.

For more information on the history and background of the fight for sensible pesticide protections in Hawaii, see┬ĀBeyond PesticidesŌĆÖ Daily News Blog entries┬Āon the state.

This entry was posted on Thursday, February 15th, 2018 at 12:00 am and is filed under Agriculture, Chlorpyrifos, contamination, Farmworkers, Syngenta. You can follow any responses to this entry through the RSS 2.0 feed. You can skip to the end and leave a response. Pinging is currently not allowed.