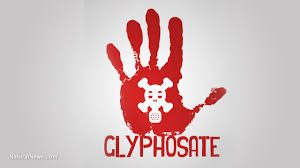 (Beyond Pesticides, August 14, 2018) A federal judge inÂ Brazil has ordered the suspension of the most widely used pesticide in the world, glyphosate. Under the ruling, new products may not be registered in the country until the Brazilian government reevaluates the herbicide’s toxicity. Glyphosate (Roundup) is used widely in Brazil on genetically engineered (GE) crops, which have been subject of concern in the country.

This decision preceded a jury verdict last Friday in San Francisco that handed a 46-year-old groundskeeper $289 million for compensatory and punitive damages associated with his non-Hodgkin lymphoma tied to glyphosate/Roundup exposure. Monsanto, glyphosate’s manufacturer saw its stock plunge 14%, or approximately $11 billion, the next day, according to Bloomberg News. Monsanto told the Wall Street Journal that it would appeal the decision. According to Therecorder, “So far, more than 4,000 people have sued over Roundup, most in Missouri and California state courts. About 470 cases have been coordinated in California federal court as multidistrict litigation.” The San Francisco case was heard first because of the plaintiff’s poor health.

The judge in Brasilia ruled on August 3, 2018 that new products containing the chemical could not be registered in the country and existing registrations would be suspended within the next 30 days until the government reevaluates their toxicology. The ruling has broad commercial implications for the chemical’s manufacturer, Monsanto, which markets glyphosate and glyphosate-tolerant GE soybeans, planted on a large scale in Brazil. Brazil is the worldâ€™s largest exporter of soybeans. Certain glyphosate-tolerant GE corn and cotton strains have also been registered in Brazil. The decision, which could be subject to multiple appeals, also applies to the insecticide abamectin and the fungicide thiram.

In addition to the San Francisco verdict, the woes for glyphosate and MonsantoÂ continue to escalate. Last month, a federal judge in the U.S. ruled that hundreds of lawsuits against Monsanto by cancer survivors or families of those who died can proceed to trial, finding there was sufficient evidence for a jury to hear the cases that blame the companyâ€™s glyphosate products for the disease. Monsanto also faces lawsuits from farmers who have been hit with crop losses as a result of dicamba damage. Monsanto sold dicamba-tolerant GE seeds to farmers so that they can spray dicamba to control glyphosate-resistant weeds, but dicamba drift caused hundreds of complaints and thousands of acres of crop damages. AdvocatesÂ and victims of damage argue that Monsanto places profits ahead of possible damage to crops when it markets GE seeds.

Glyphosate became a focus of media attentionÂ following the 2015 World Health Organizationâ€™s (WHO) International Agency for Research on Cancer (IARC) classification ofÂ glyphosate as a â€śprobable human carcinogen.â€ť Since then, Monsanto has been hard at work trying to undermine findings that show its flagship product, glyphosate, is anything other than â€śsafe.â€ť However, its attempts toÂ unduly influenceÂ and undermine scientific research andÂ government reviewÂ of its product has been disclosed widely in the press. EPA recently closed the public comment period for the human health and ecological assessments for glyphosate. On April 30, 2018, the day the comment period ended, public interest, food safety, and environmental organizations delivered over 165,000 public comments to EPA, urging the agency to ban glyphosate. Concerns about cancer are compounded as tests continue to detect glyphosate in common foods like Cheerios and Pita Chips,Â breastÂ milk, Â German beers, Â feminine hygiene products, and bread.

Recently, the U.S. Department of Justice allowed two large agrichemical corporations, Bayer and Monsanto, to merge,Â despiteÂ strong voices of opposition from grassroots advocatesÂ across the country, andÂ investigations by state attorneys general. Bayer is optingÂ to ditch Monsantoâ€™s name, possibly as soon as late summer, when the acquisition is expected to be completed.

While federal oversight and regulation lag behind, environmental groups, like Beyond Pesticides, are urging localities to restrict or ban the use of glyphosate and other unnecessary toxic pesticides. Beyond Pesticides promotes these actions and many more through theÂ Tools for ChangeÂ webpage. This page is designed to help activists and other concerned citizens organize around a variety of pesticide issues on the local, state, and national level. Learn how toÂ organize a campaignÂ and talk to your neighbors about pesticides with ourÂ factsheets.

This entry was posted on Tuesday, August 14th, 2018 at 12:00 am and is filed under Glyphosate, International, Monsanto, Pesticide Regulation. You can follow any responses to this entry through the RSS 2.0 feed. You can skip to the end and leave a response. Pinging is currently not allowed.