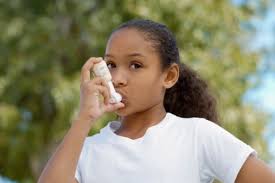 (Beyond Pesticides, September 20, 2018) Babies exposed to higher levels of organochlorine compounds in the womb go on to have worse lung function in childhood, according to new research presented at the European Respiratory Society International Congress.Â Previous studies have found a link between low lung function in early adulthood and respiratory, cardiovascular, and metabolic issues in later life. Beyond Pesticides has covered in its Daily News studies on a range of adverse effects, including autism in children, caused by organochlorine pesticide exposure, which bioaccumulates in the environment and the human body.

Organochlorine compounds, which include the pesticide DDT, as well as electrical insulators and other industrial products, are now banned in most parts of the world. However, because they degrade very slowly, they are still present in the environment and in foods. Previous research has suggests links between exposure to these chemicals in the womb and parents reporting childhood respiratory diseases such as wheezing, asthma, and chest infections. The new study is the first to show a link with objective measures of lung strength and capacity in relation to low-level exposure to these chemicals. Organochlorine compounds can disrupt the hormone system and have been linked to a wide range of conditions including cardiovascular disorders, cancers, and low birth weight babies. The main source of exposure is through food but fetuses and newborns can be exposed via the placenta and breastfeeding.

The study, Prenatal exposure to organochlorine compounds and lung function until early adulthood, was presented by Maribel Casas, PhD, assistant research professor at the Barcelona Institute for Global Health (ISGlobal). Dr Casas explained: “We already have evidence that exposure to environmental chemicals including organochlorine compounds can have an impact on children’s health. Even though this group of chemicals were banned in the 1970s, low but detectable levels are still present in pregnant women and in children. That means current populations and future generations are still exposed to these compounds.”

Dr. Casas and her colleagues studied 1,308 babies who were born in the Valencia, Gipuzkoa, and Sabadell regions of Spain between 2004 and 2008. They measured the levels of seven different organochlorine compounds in the pregnant mother’s blood or in blood taken from the umbilical cord. As the children grew older, they were asked to take part in tests to measure their lung function at the age of four years, and again at seven years. Pediatric pulmonologists using a spirometer measured the children’s lung volume and checked for any signs of obstruction in the airways.

In particular, the researchers found that levels of DDE â€“ a chemical formed when DDT breaks down â€“ were linked with poorer lung function in children at both four and seven years old. For example, exposure to maternal concentrations of DDE was associated with a 50-millilitre reduction in how much air children could blow out in one second.

“A reduction of this size in the amount of air a child can blow out would not be considered clinically relevant for a healthy child, but these smaller changes are highly relevant at population level and can be important in children with respiratory conditions,â€ť Dr Casas said. “To reduce exposure to these chemicals, women of reproductive age can try to moderate consumption of foods with high levels of organochlorine compounds, such as fatty meats and oily fish. We know that this group of chemicals can interfere with the body’s hormone system and we also know that hormone receptors play an important role in fetal development of the lungs, so this could be the mechanism for a link.”

The researchers hope to study the impact of exposure to organochlorine compounds in the womb on older children and teenagers to understand whether this effect persists in the longer term.

This entry was posted on Thursday, September 20th, 2018 at 12:00 am and is filed under Children, contamination, organochlorines. You can follow any responses to this entry through the RSS 2.0 feed. You can skip to the end and leave a response. Pinging is currently not allowed.