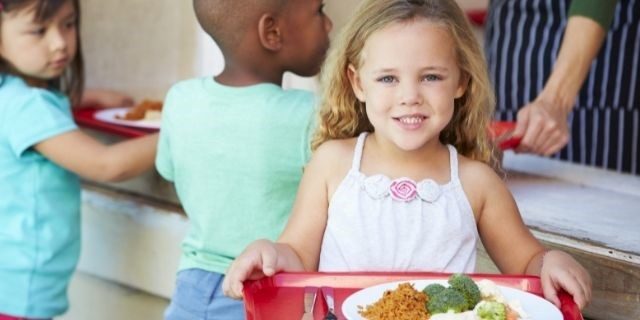 (Beyond Pesticides, September 21, 2021) Processed organic foods are healthier than their conventional, chemical-intensive counterparts in important ways, according to a new peer-reviewed study published in the journal Nutrients led by scientists at the Environmental Working Group. While a steady diet of whole, unprocessed foods is ideal, packaged foods are ubiquitous in U.S. supermarkets and often unavoidable. In addition to eliminating concerns over highly toxic pesticide use, according to this new research, choosing packaged organic is an effective means of evading highly processed ingredients associated with adverse health outcomes.

Researchers began with a food product dataset including over 72,000 conventional and 8,000 organic packaged foods, representing 85% of all food products sold to U.S. consumers. These products and their ingredients were then classified into four groups corresponding with the amount of processing, with one being unprocessed or minimally processed and four being ultra-processed. A statistical analysis was then conducted on a range of product variables to differentiate various health concerns between organic and conventional products. Â

Results show that organic packaged foods present far fewer health concerns than conventional products. Processed organic products were likely to have lower amounts of salt, saturated fat, sugar and added sugar. According to the analysis conducted by researchers, for every ultra-processed ingredient in a product, the likelihood of that product being organic declined by 32%. The same held for a range of concerning factors â€“ the odds of a product being organic likewise decreased as sugar, salt, and trans-fats were added to conventional foods. On the other hand, organic products are associated with higher amounts of potassium in processed foods. Â

â€śHere, with the finding that the odds of being labeled organic decreased as ultra-processed ingredient number or cosmetic additive number increased, we show that organic product certification can be a proxy for less ultra-processed and thus more healthful products,â€ť the study reads. These conclusions appear to line up with research published in November 2020, finding that eating organic food lowers risk of developing type two diabetes. While there is ample evidence to relate this finding to the use of toxic, endocrine-disrupting pesticides in conventional agriculture, the present study shows that the ingredient label is also playing an important role.

Across a range of previous studies, it was found that organic options are healthier than chemical-intensive foods. A 2010 study found that organically growth strawberries had a longer shelf life, higher antioxidant activity and larger concentrations of Vitamin C and other phenolic compounds. Research published in 2016 found organic dairy and meet to be higher in essential nutrients like omega-3 fatty acids than conventional chemically grown products, and a 2018 study found similar results in organic cows, particularly those grass-fed. In 2019, an Australian research team found that organic even makes a difference when it comes to the microbiome, with organic apples containing much more diverse bacterial communities that are ultimately healthier for oneâ€™s gut.

With level of processing, ingredient profiles, nutrient and antioxidant content, and microbial diversity all providing evidence of health benefits over conventionally produced and processed foods, it is little wonder that recent research published in July of this year found students who eat organic score higher on cognitive tests.

While processed organic does have a better health profile than chemical-intensive foods, it is critical that it remains so. Agrichemical companies that have long specialized in ultra-processed conventional foods want to produce organic counterparts, and regularly pressure the National Organic Standards Board (NOSB) to allow new risky additives. As it currently stands, there are less than 40 synthetic materials allowed in certified organic processing under the National List of Allowed and Prohibited Substance. It is critically important that, in order to preserve the health benefits of organic products, this list not be expanded, but shrunk.

Beyond Pesticides works to keep consumers apprised of the latest in organic production and processing through the Keeping Organic Strong program page. Only through continued engagement by consumers in the standard setting process can we ensure that organic integrity will be maintained. For instance, despite the controversial food additive carrageenan being voted off the National List by the NOSB in 2016, the National Organic Program has failed to remove it. While most processors have eliminated its use, we are using consumers to tell the NOSB to insist the material be removed from the list once and for all.

Join Beyond Pesticides in calling on the NOSB to make decisions that uphold the integrity of the organic label by reviewing the Fall 2021 issues page, and making a comment to the NOSB by September 30, 2021.

This entry was posted on Tuesday, September 21st, 2021 at 12:01 am and is filed under Alternatives/Organics, Uncategorized, US Department of Agriculture (USDA). You can follow any responses to this entry through the RSS 2.0 feed. You can skip to the end and leave a response. Pinging is currently not allowed.