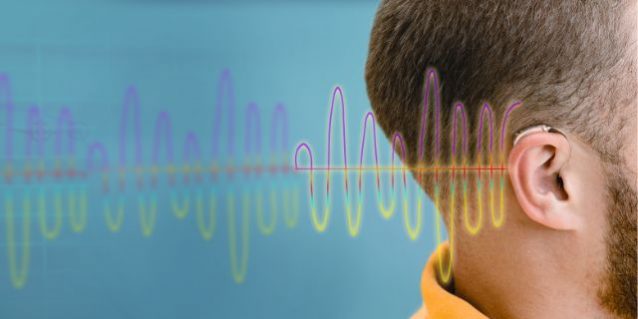 (Beyond Pesticides, July 19, 2022) Banned pesticides still persistent in the environment pose an increased risk of hearing impairment for U.S. adults, according to research published this month in Scientific Reports. Although regular use of DDT and hexachlorobenzene (HCB) no longer occurs in the United States, exposure to these persistent chemicals can still occur through a range of sources, including air, water, sediment, soil and food. As new science continues to find harmful health effects of older pesticides, advocates say new laws are needed to ensure long term hazards donŌĆÖt arise from the more than 1,200 active ingredients currently registered by the US Environmental Protection Agency (EPA) with little to no independent scientific oversight.

Hearing loss affects nearly 40 million (~15%) American adults over age 18. While it is clear that common causes like aging and noise exposure can result in hearing loss, there has been increasing attention to the role environmental contaminants may be playing in hearing disorders. To explore any potential connection, researchers analyzed data from the long-running U.S. National Health and Nutrition Examination Survey (NHANES).

All of the pesticides tested were connected to hearing loss in a basic analysis conducted in the study. More complex modeling showed that HCB and DDE had the strongest associations to hearing loss, particularly affecting individuals under the age of 60. Results show that the risk of hearing loss increases alongside higher levels of organochlorine measurements in oneŌĆÖs blood serum.

Scientists posit a range of explanations for the chemical connection to hearing loss. Oxidative stress, impacts to gene receptors, and/or epigenetic changes have the potential to explain how pesticide exposure results in hearing loss. Other possible factors include effects on the thyroid or harm to cochlear outer hair cells.

Past research finds that, beyond harm to U.S. adults, the effects of pesticides on our auditory system has disproportionate impacts on sensitive populations like farmworkers and young children. Infants exposed to organochlorines at environmentally relevant concentrations are at an increased risk of hearing deficits, per a 2015 study. And mothers who use any sort of insecticide during pregnancy have been found to have their infants experience increased occurrences of Otitis Media, an ear infection that can result in hearing loss, according to research published earlier this year. A 2020 study found that simultaneous exposure to pesticides noise from agricultural machinery results in a significantly higher risk of hearing loss.

While EPA does conduct reviews on the health and environmental impacts of pesticides prior to their registration, many public health and conservation advocates consider these reviews incomplete due to glaring data gaps and a deliberately myopic review of adverse impacts. Pesticide end-use products are not tested, with risks extrapolated from tests on a single active ingredient, and very specific toxicity tests give the public good idea of the acute toxicity of an active ingredient but fail to adequately consider a range of long-term chronic harm and non-target effects. Despite the increasing prevalence of data and rates of hearing loss, pesticides are not required to be tested for their impacts on the auditory system.

With EPA is consistently failing to capture the full range of health and environmental impacts that can occur from the pesticides it approves for use, the task falls to independent science and scientific studies to convey this pertinent information to the public. In the context of a failing EPA, while independent science must fill in the gaps on pesticide dangers, it is up to local advocates and politicians to translate these concerns into on-the-ground protections. EPAŌĆÖs lack of meaningful regulations necessitate action at the state and local level to fill in the gaps in protections left by a deficient federal regulatory approach.

Take action today to begin the process of creating these important protections from pesticide exposure in your community. Join Beyond Pesticides in asking your mayor or county executive to convert to organic land management in your local parks, playing fields, and other public places.

This entry was posted on Tuesday, July 19th, 2022 at 12:01 am and is filed under Environmental Protection Agency (EPA), Hearing Loss, organochlorines, Uncategorized. You can follow any responses to this entry through the RSS 2.0 feed. You can skip to the end and leave a response. Pinging is currently not allowed.