Contamination from Antibacterial Nanosilver Sparks Efforts to Contain It 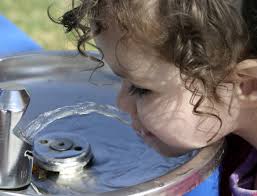 (Beyond Pesticides, March 29, 2018) Rising use of antibacterials like nanosilver in textiles and other consumer goods is leading scientists to consider methods to filter out these materials before they pollute the environment. As detailed by research published in Sustainable Chemistry and Engineering, experts at University of Massachusetts, Dartmouth, are developing a process to filter out these toxic materials from our washing machines. While preventing downstream waste is laudable, it misses the fundamental question whether nanosilver and other antibacterials need to be added to consumer clothing in the first place.

Nanosilver is antimicrobial nanoparticle (typically defined as a particle between 1-100 nanometers) regulated as a pesticide that is added to consumer goods such as textiles, cosmetics, disinfectants, toys and other household items in attempts to kill bacteria or reduce odor. See the Project on Emerging Nanotechnologies for an extensive listing of products containing nanoparticles on the market. Nanosilver, which makes up roughly 25% of nanomaterials used in the consumer market, is a particularly concerning nanoparticle given past research on its risks to health and the environment.

Studies have found that, when impregnated into textiles like sportswear, nanosilver does not just wash out in the washing machine, it can also seep into a personŌĆÖs sweat and end up being absorbed into the skin. The size of nanosilver means that it can easily pass into the bodyŌĆÖs blood and lymph system, and circulate through sensitive areas such as the brain, liver, and heart. ┬ĀToxicity studies have associated the material with damage to human cells from the skin, liver, lung, brain, and vascular and reproductive systems. Mouse models revealed negative effects on a number of vital organs, including the brain.

Nanosilver is not easily filtered by modern wastewater treatment plants. To reduce the amount of nanosilver entering the environment, researchers tested various methods to capture the material in oneŌĆÖs washing machine before it entered the wastewater stream. It was determined that an ion-exchange process was most effective. In this case, negatively charged sulfur particles were used to attract positively charged nanosilver particles. The process was able to recover between 20 to 99% nanosilver, but was highly dependent on pH and the number of calcium ions present in the water used for washing. Researchers hope that this method could lead to individualized pre-treatment of wastewater with specific technologies based on need. In an article in Phys.org, the authors ask, ŌĆ£If wastewater from laundromats contains different contaminants than wastewater from restaurants, why treat them the same way?ŌĆØ

The method provides a potential route to limit the influx of toxic silver in the environment. Given that downstream effects of nanosilver have been linked to earthworm toxicity, impacts to fish, and the disruption of microbial ecosystems, this method may be of intermediate necessity. However, in the long term, consumers should question the benefit of socks and athletic wear that smells a bit less, but causes potential health impacts to oneŌĆÖs self and the environment.

Last year, health and consumer groups won a lawsuit against the U.S. Environmental Protection Agency (EPA) for conditionally registering a nanosilver product based on the ŌĆśpotentialŌĆÖ for it to be in the public interest. EPA reasoned that if all conventional silver pesticide products switched to nanosilver and no new companies started used nanosilver, then the overall amount of toxic silver released into the environment would decline. However, the court determined that ŌĆśpotentialŌĆÖ did not rise to the level of being in the public interest as required under law. It took a prior 2015 lawsuit by Beyond Pesticides and Center for Food Safety for the agency to begin regulating these novel materials as pesticides.

At the present time, these chemicals remain a little known, emerging threat to our health, baked in to our clothing and other consumer products. New methods to filter these materials out of our wastewater are still in development, leaving ecosystems at continued risk.

For more information on the dangers nanosilver pesticides pose to our health and environment, see Beyond PesticidesŌĆÖ antibacterials webpage. Find a list of nanosilver products to avoid through the Center for Food SafetyŌĆÖs list, or browse the ever-growing list of all nanomaterials in consumer goods at the Project on Emerging Nanotechnologies.

This entry was posted on Thursday, March 29th, 2018 at 12:00 am and is filed under Antibacterial, Nanosilver, nanosilver, Uncategorized, Water. You can follow any responses to this entry through the RSS 2.0 feed. You can skip to the end and leave a response. Pinging is currently not allowed.