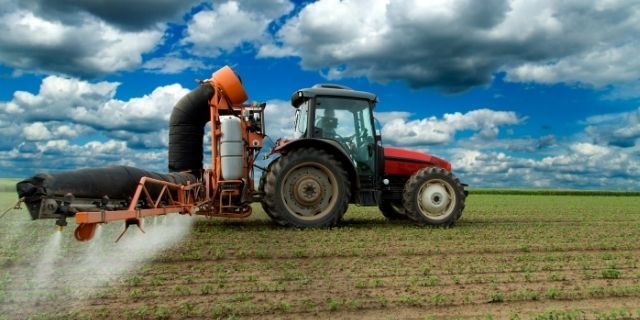 (Beyond Pesticides, March 23, 2021) Earlier this month, the Arkansas State Plant Board (ASPB) voted to loosen regulations curtailing use of the highly drift-prone herbicide dicamba. With an 8-7 vote, ASPB eliminated measures advanced in 2016 that protect growers from dicamba drifting off of genetically engineered (GE) soybean fields. Farmer, health, and environmental advocates are encouraging groups and individuals to submit testimony in opposition to the changes should the state’s Governor continue the proposal to a 30-day comment period.

Dicamba has been the subject of intense debate and scrutiny over the last several yearsÔÇömost prominently in Southern and Midwestern states where extensive cotton and soybean monocultures are grown. Due to rampant weed resistance to glyphosate herbicides in GE crop fields, Bayer/Monsanto developed new seeds capable of growing into plants that can withstand repeated sprayings of both glyphosate and dicamba. The company released these new seeds in the mid-2010s without waiting for the U.S. Environmental Protection Agency (EPA) to approve a corresponding herbicide formulation Bayer/Monsanto claimed would reduce drift problems. Farmers began using older, unapproved dicamba formulations, but ultimately even after receiving approval, new formulations proved too drift-prone and problematic to be used without incident.

In response, ASPB instituted changes that cut off dicamba spraying early in the season, required a one-mile buffer between dicamba-applied fields and specialty and organic crops, and a half-mile buffer for use around non-GE soybean and cotton. The vote to impose these restrictions came after 29,000 individuals, including Beyond Pesticides members and supporters, provided input in support.

Dicamba use has eroded friendly bonds in farming communities, with farmers suing farmers, and neighbors experiencing threats and intimidation, or worse. A court ruling last year invalidated EPAÔÇÖs registration of dicamba products used in GE cropping systems, but under Administrator Wheeler, the agency acted quickly to renew GE dicamba registrations. The reintroduced products included insufficient label changes that included requiring a buffering agent, increasing the buffer zone, restricting use after July 30, and committing to ÔÇ£simplify the label.ÔÇØ Every one of those changes fall short. The buffering agent has very questionable efficacy in terms of reducing drift, the increased buffer zone is still insufficient, July 30 is roughly the end of the growing season (and thus the need to spray), and simplifying the label is neigh impossible given the intrinsic drift hazard the herbicide presents.

However, after the 8-7 vote, these are the only protections that farmers in Arkansas will have. According to local reports, a crop consultant named Tyler Hyrick petitioned the ASPB to institute these changes, citing EPAÔÇÖs new label and claiming that farmers needed to overcome a ÔÇ£learning curveÔÇØ to use the product. Mr. Hydricks told ASPB that he believed dicamba has been unfairly targeted. ┬á

Some ASPB members pushed back on these assertions, noting the danger of allowing dicamba use during hot summer months. A 2019 study found that the volatility of dicamba increased as temperatures increased. It was also noted that dicamba has been the subject of concern specifically because of public complaints ÔÇô 1,000 complaints during the growing season led to the 2017 decision, and reports indicate that they have remained steady at 200 per year.

The close vote earlier this month is only the first step in the administrative process required before a rule change comes into effect. The motion is now moved to Governor Asa HutchinsonÔÇÖs desk, who can decide to approve or disapprove the matter. If approved, the public will have 30 days to make the case against the reversal and argue for the best interest of the state’s farmers and residents. If the board receives more than 12 comments, a public hearing will be required. And lastly, the state legislature will need to provide the final sign off on any proposal.

Advocates are hoping that the process will provide the time necessary to educate newer members of the ASPB on the problems and history associated with GE dicamba. As it stands, the pesticide industry is attempting to change the composition of ASPB to include individuals with stronger ties to larger agrichemical corporations, at the expense of other, smaller industries.

Meanwhile, the new EPA under President Biden has acknowledged that politics has tainted many of the recent decisions by the agency, and specifically pointed to dicamba as a problematic incident. The acting administrator of EPAÔÇÖs Office of Chemical Safety and Pollution Prevention wrote in a staff-wide email earlier this month, ÔÇ£In 2018, OCSPP senior leadership directed career staff to: (1) rely on a limited data set of plant effects endpoints; (2) discount specific studies (some with more robust data) used in assessing potential risks and benefits; and (3) discount scientific information on negative impacts. This interference contributed to a court’s vacating registrations based on these and other deficiencies, which in turn impacted growers’ ability to use this product.ÔÇØ

With EPA indicating that it will follow the science on dicamba, it is critical that states committed to safeguarding their farming industry not backtrack on critical protections. Stay tuned to Beyond Pesticides Daily News blog and Action of the Week for ways you can engage when/if the ASPB public comment period opens. And for more information on the dangers of GE cropping systems, see Beyond Pesticides Genetic Engineering webpage.

This entry was posted on Tuesday, March 23rd, 2021 at 12:01 am and is filed under Agriculture, Arkansas, Dicamba, Environmental Protection Agency (EPA), Uncategorized. You can follow any responses to this entry through the RSS 2.0 feed. You can skip to the end and leave a response. Pinging is currently not allowed.